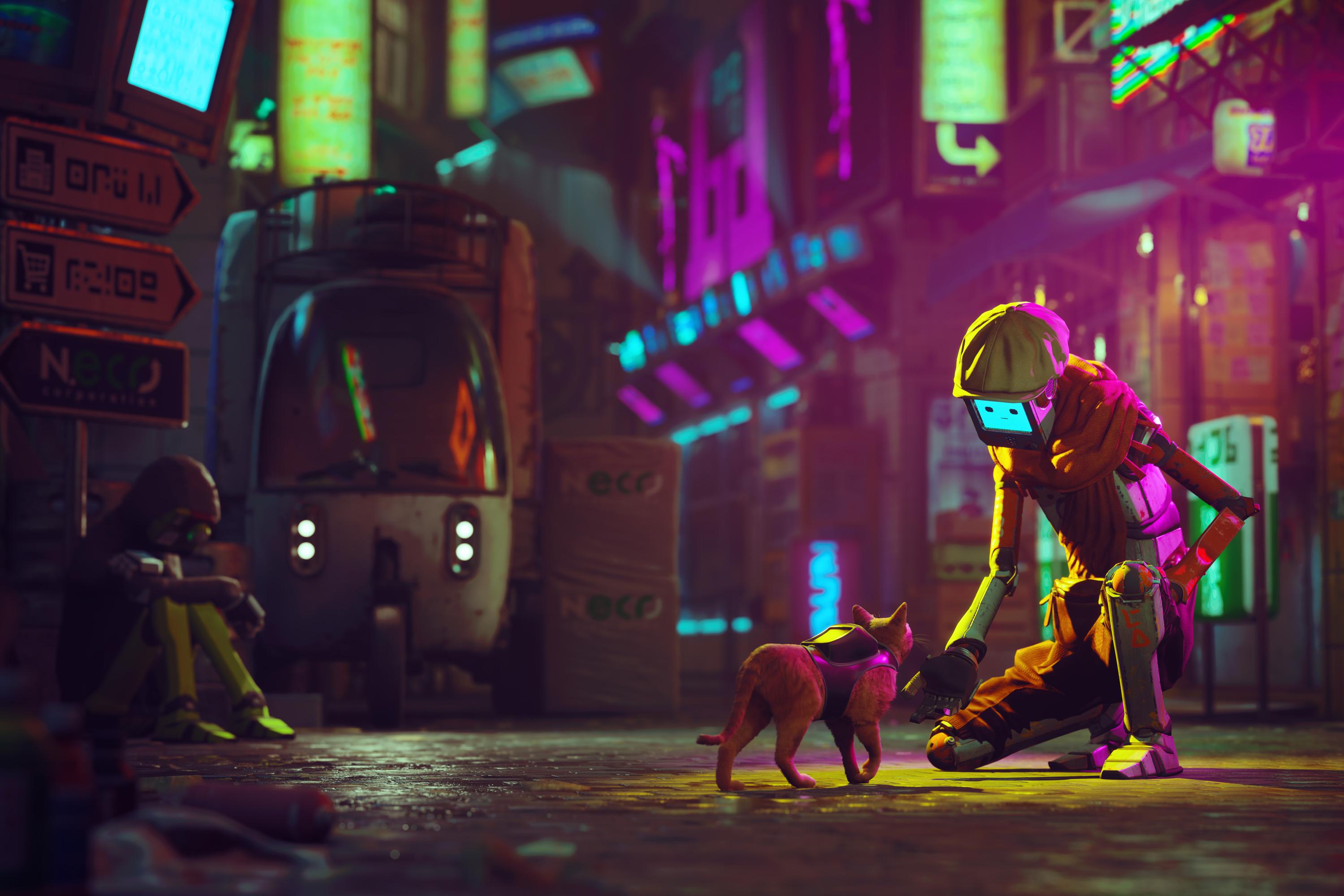 It was the fourth most watched and broadcast game on the day it launched on Twitch, the streaming platform said.

About 80% of the game’s development team are “cat owners and cat lovers” and a real-life orange stray as well as their own cats helped inspire the game, one creator said.When Annapurna Interactive reached out to the Nebraska Humane Society to partner before the game’s launch on July 19, they jumped at the chance, marketing specialist Brendan Gepson said.“The whole game and the whole culture around the game, it’s all about a love of cats,” Gepson said.The shelter got four copies of the game to give away and solicited donations for $5 to be entered into a raffle to win one.

Visitors who made reservations could buy “Stray” themed merchandise and play the game for 20 minutes while surrounded by cats.

In a happy coincidence, the shelter had just set up a profile on the platform Tiltify, which allows nonprofits to receive donations from video streams, the week the game launched.“This has opened my eyes to being able to use this platform for a lot more good than just playing video games,” Trey said

4 Olivia Wilde and Jason Sudeikis’ Relationship Timeline: What Led Up to Their Custody Battle - Entertainment Tonight

6 This tiny moon rover has a leg up on traditional spacecraft designs - Space.com

7 Want to Watch Blu-rays in VLC on Ubuntu? You NEED MakeMKV - OMG! Ubuntu!