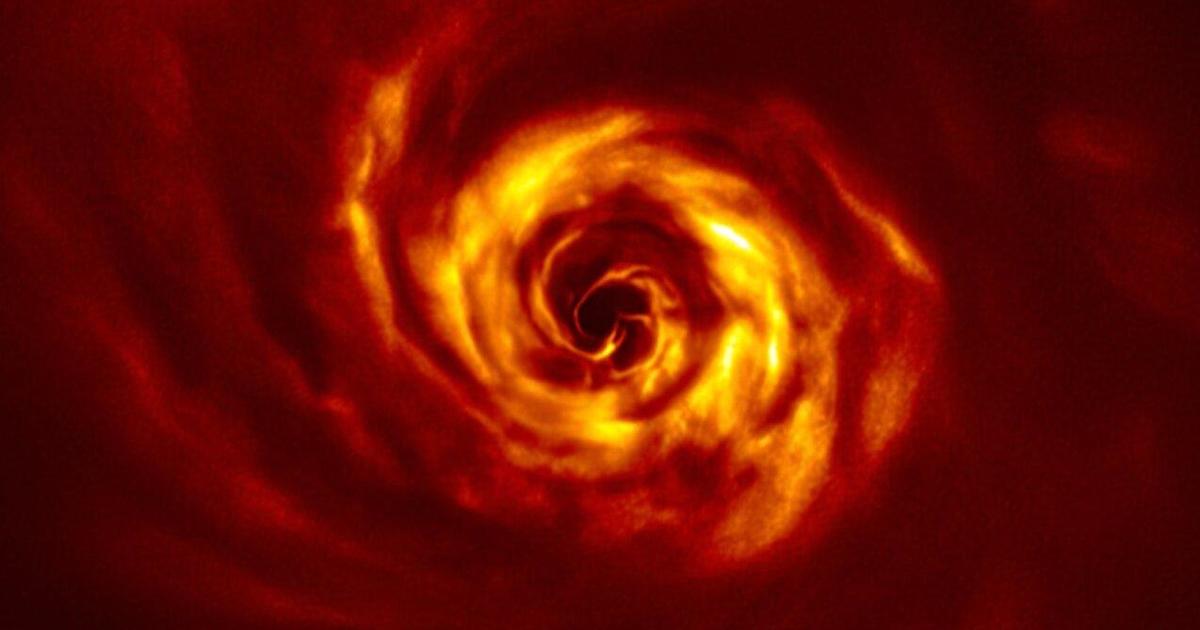 Using the European Southern Observatory's Very Large Telescope (ESO's VLT), researchers spotted a glowing orange spiral with a "twist" marking the spot where they believe a planet may be forming.

Astronomers observed the possible baby planet forming a spiral of dust and gas around a young star known as AB Aurigae, located 520 light years away from Earth in the constellation Auriga.

The deepest images of the system to date, taken using the SPHERE instrument on the VLT, show a stunning swirl around AB Aurigae, signaling the presence of a baby planet "twisting, swirling and "kicking" to create "disturbances in the disc in the form of a wave, somewhat like the wake of a boat on a lake," said co-author Emmanuel Di Folco of the Astrophysics Laboratory of Bordeaux (LAB) in France.

The spiral is created as the planet rotates around the central star.

Based on predicted models, the team believes the planet is forming in the very bright yellow "twist" region close to the center of the image, which is located at about the same distance from its star as Neptune is from the sun

"The twist is expected from some theoretical models of planet formation," said co-author Anne Dutrey, also at LAB