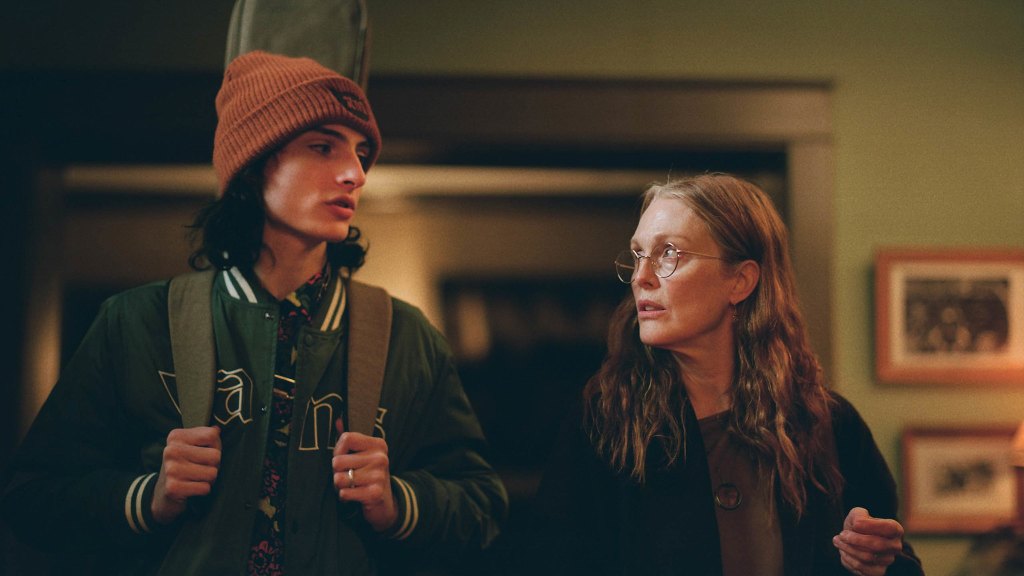 Jan 21, 2022 1 min, 13 secs
When You Finish Saving the World, making its world premiere tonight at the (virtual) Sundance Film Festival, puts a different spin on familial relationships as it travels on two tracks centering on an activist-workaholic-socially concerned mother whose disappointment with her teenage son’s more frivolous pursuits leads her in surprising directions, just as that boy tries against all odds to pursue a bright and desirable girl at school who is deeply involved in political causes.

Moore once again brings trademarked complexity and just the right small touches to Evelyn Katz, a wife and mother who is driven by social causes and in particular the domestic violence shelter she runs day and night.

At complete odds with his mother who hopes for better, Ziggy is totally obsessed with his musical pursuits until he catches sight of a pretty classmate, Lila (Alisha Boe), who is dedicated to fighting for social causes and writes poetry in support of her beliefs that the world is going down fast unless we get involved and save it.

Without an ounce of appreciation for this kind of activism (the kind his mother also has), Ziggy decides to try to take a short cut in convincing Lila he is right there with her in saving the world, but his efforts are not too successful as Lila can see right through them.

Eisenberg skillfully weaves from mom’s pursuits to Ziggy’s pursuits, bringing lots of nuance, humor and heart to it all.