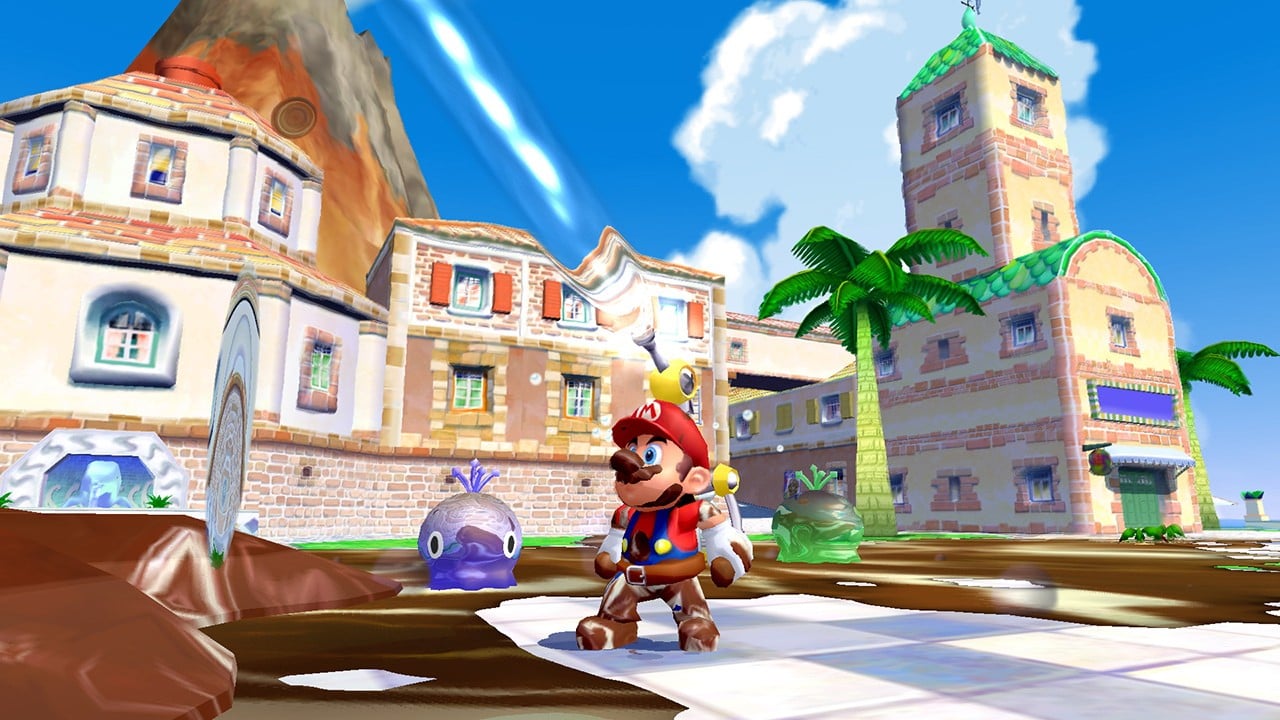 Super Mario 3D All-Stars, a trio of Mario of classics heading to Nintendo Switch later this week, has already leaked onto the internet, it's been claimed.

The game's due to launch officially this Friday, but well-known data miner OatmealDome reports that the title has already found its way online, revealing a few interesting little tidbits about how the compilation has been put together.

Galaxy and Sunshine run under a Wii and GameCube emulator named 'hagi'(?) possibly made by NERD (Nintendo of Europe division).

They go on to note that with Super Mario Galaxy, it would appear that Nintendo has "recompiled the original code to run natively on the Switch CPU", but has decided to run other aspects such as the GPU and audio through the emulator.

Interestingly, the main menu – which has already been shared online by Nintendo – has been made using LunchPack, the engine that is reportedly used in Splatoon, Mario Maker and Animal Crossing.

Thankfully, with the three games all being well over 10 years old now, there's no need to worry about spoilers popping up online ahead of the official release?

He’d much rather just have a night in with Mario Kart and a pizza, and we can’t say we blame him!

I wonder if there is any evidance about Super Mario Galaxy 2 in the source code.

But as those games use original patched roms, I fear we will also get a Zelda 3D all-stars next year with the N64 games without the parts from the 3DS remasters.

@Joriss Of course - one to play the hell out of and one to keep sealed up for the collection, tis the way forward.

@neufel I am hoping we get a Zelda 3D collection for Switch next year.

I just don't know if I prefer a HD N64 version or HD 3DS version for OoT and MM.

I guess this confirms that this is the Nvidia Shield version of Galaxy though, pretty sure they have the same processor so that new code will have helped!

Emulation was to be expected otherwise they would have remade them, I do wonder if these emulators will be used for Switch online and thats why these are limited for long long they're on sale.

@Kimyonaakuma The fact that they used emulators also means they could easily include all the games on the cartridge with no problem?

Had they actually remastered all three games instead, I doubt they won't be able to include all of them on one cartridge, it would had to use download codes like what the Capcom, Crash, and Spyro games did.

they run at like 20fps, too many bugs, the graphics didn't age well and I don't think Aonuma would pull this kind of foolery on us?

Three games that have been widely available online for over a decade have leaked.

I guess this rules out improving the Mario 64 camera so it’s fully controllable by the right stick instead of in increments and have it go fully around Mario!

Huh so if I get two games I can use one to send my children through college or pay off a house.

According to little gameplay showed compared to Gamecube version, Switch version has a slightly more narrow field of view and everything seems to be a bit closer to the camera?

However, I still hope many newcomers will enjoy the games?

So you're saying they can put emulated N64 games on Switch.

It’d be better still if there was an option to switch between the N64 and 3DS graphics on the fly (like Wonder Boy: The Dragon’s Trap).

It would’ve been cool if Nintendo had done that with Mario 64 in this collection, too.

@Brianst0rm obviously I wasn't talking about the actual literal original - they'd obviously update things like FPS for a re-release collection like this.

The 3DS version is nice but I'm a purist - the original graphics and their history still appeal to me.

The ported HB version is much better (and wide screen)

Super Mario 3D All-Stars Has Reportedly Leaked Onto The I..

Round Up: More Screenshots And Footage Of Super Mario 3D ..

Guide: Nintendo Switch Pro: Everything We Know So Far - 4..

Here's Your First Look At The Main Menu In Super Mario 3D..