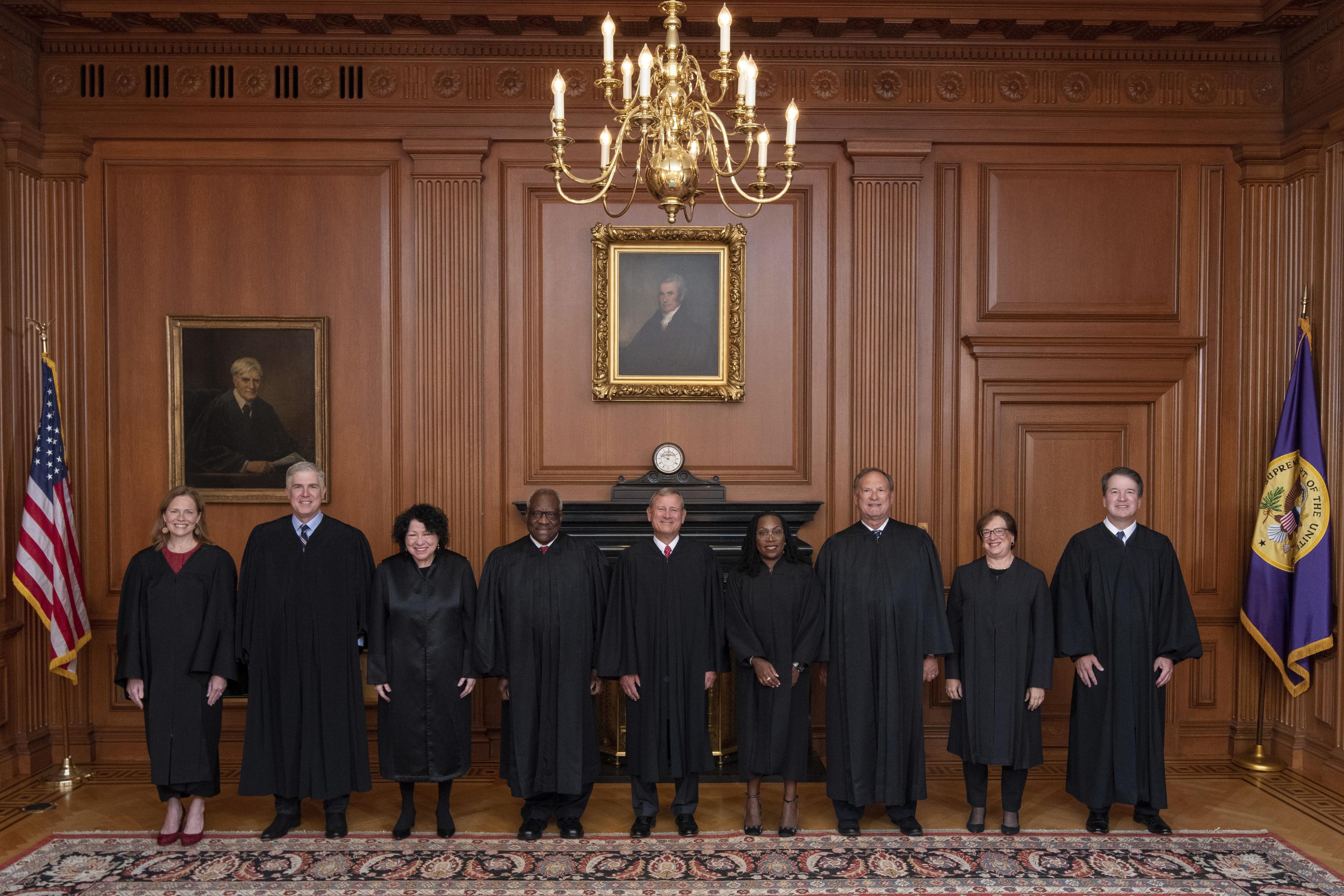 WASHINGTON (AP) — With public confidence diminished and justices sparring openly over the institution’s legitimacy, the Supreme Court on Monday will begin a new term that could push American law to the right on issues of race, voting and the environment.Following June’s momentous overturning of nearly 50 years of constitutional protections for abortion rights, the court is diving back in with an aggressive agenda that seems likely to split its six conservative justices from its three liberals.

She’s not expected to alter the liberal-conservative divide on the court, but for the first time the court has four women as justices and white men no longer hold a majority.

In their first full term together, the conservatives ruled not only on abortion, but expanded gun rights, enhanced religious rights, reined in the government’s ability to fight climate change and limited Biden administration efforts to combat COVID-19.

But the leak of the abortion decision in early May, seven weeks before it was released, exacerbated tensions on the court, several justices have said.

The court has apparently not identified the source of the leak, Breyer said in a recent interview on CNN.

“But saying or implying that the court is becoming an illegitimate institution or questioning our integrity crosses an important line,” he said, according to the newspaper.

1 The Last Of Us TV Show Gets Longer, Chattier Trailer - Kotaku

2 The hunt is on in neighboring galaxy for 2nd closest monster black hole to Earth - Space.com

6 Douglas Murray: GOP must get behind Ukraine to defeat Putin | Fox News Video

7 'Glass Onion: A Knives Out Mystery' Scores at the Box Office - Vulture