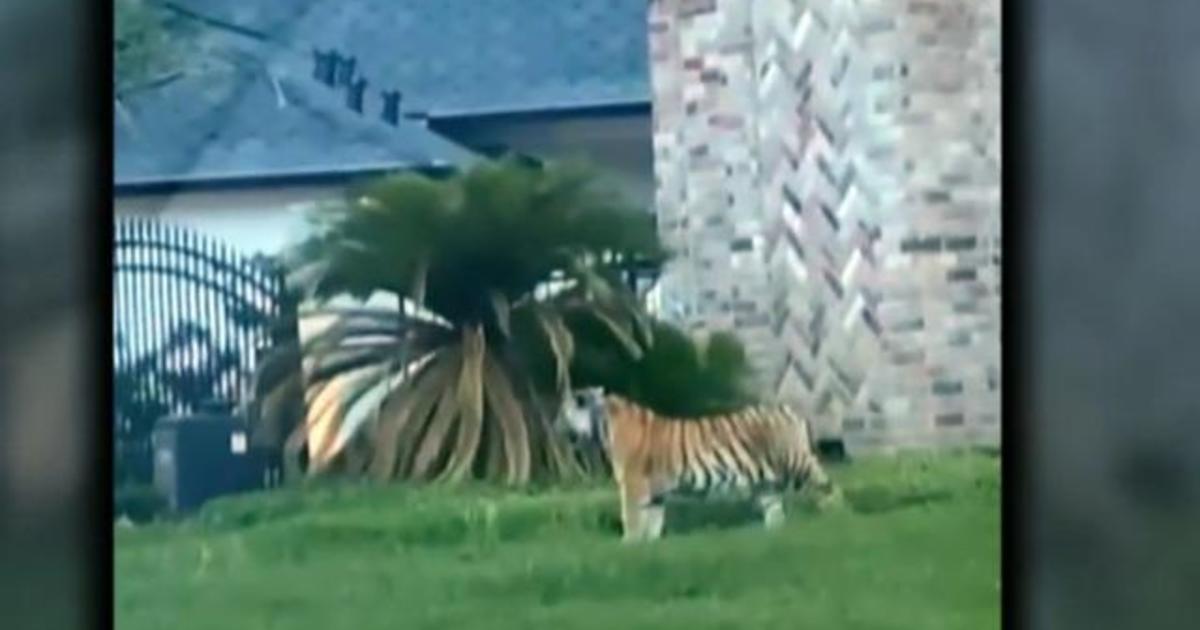 May 11, 2021 1 min, 3 secs
The tiger is still on the loose, police said.After Cuevas was taken into custody, his lawyer said that Cuevas is not the owner of the tiger, CBS affiliate KHOU-TV reports."HPD was in such a hurry to wrap it and find their guy that they just assumed because my client was the one who caught this tiger, who went out and go it and brought it back into safety, everyone is just assuming that he is the owner of the tiger," attorney Michael Elliott said, adding, "He's already been convicted, which is a shame.".Elliott also claimed he and Cuevas had an agreement with the Houston Police Department that Cuevas would surrender himself at 8:15 p.m.Late Sunday, a neighbor said he called police after spotting the tiger roaming around his neighborhood.

But when officers arrived, the owner put the tiger in an SUV, and drove off, police said.

We have plenty of places we can take that tiger and keep it safe, and give it a home for the rest of its life," Commander Ron Borza of the Houston Police Department said in a news conference.

He said it's illegal to have pet tigers in the city of Houston and that police do not know where Cuevas purchased the animal.