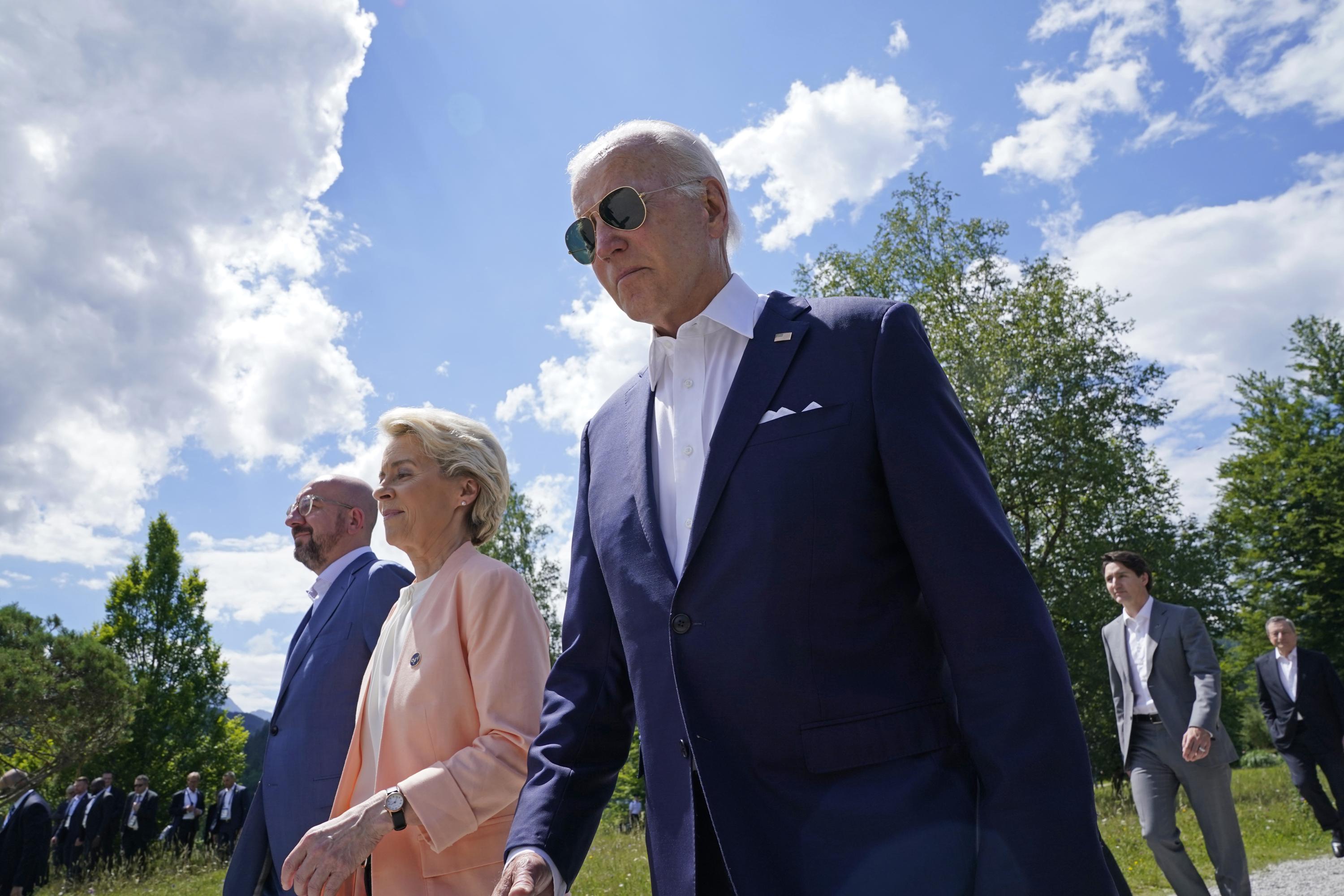 And the high court decision that allows states to ban abortion sparked a fresh round of denunciations and worries from some of the U.S.’s closest partners.

Biden told reporters Sunday evening that the subject of the abortion decision had not come up in his his chats with world leaders.Yet when the Supreme Court ruling came down Friday morning, Biden ended up being the third G-7 leader to offer reaction, with Canada’s Justin Trudeau and Britain’s Johnson quickly condemning the ruling even before Biden had delivered remarks at the White House.“I’ve got to tell you I think it’s a big step backwards,” Johnson said Friday.“They saw the January 6th insurrection, they are very concerned about America’s domestic stability and then here is a decision ...Pressed on how the abortion decision would affect America’s standing in the world, White House press secretary Karine Jean-Pierre called the ruling an “extreme decision” that endangered same-sex marriage and access to contraception by married couples.“I don’t think this stops the work that the president is going to do or wants to do or looking to do with leaders,” Jean-Pierre added.“I think America is divided,” said Gabriele Jocher, 59, a freelance social worker from Garmisch, Germany, just miles from the summit site

And that just makes me think, globally, what’s going on there that just like two forces are clashing.”

11 Jamie Dimon says America must 'get it through our thick skulls,' US energy is not against climate change

13 Monkeypox statistics: Tracking the outbreak in NYC and beyond - Gothamist