Talk With Your Hands? You Might Think With Them Too! - Neuroscience News

Talk With Your Hands? You Might Think With Them Too! - Neuroscience News 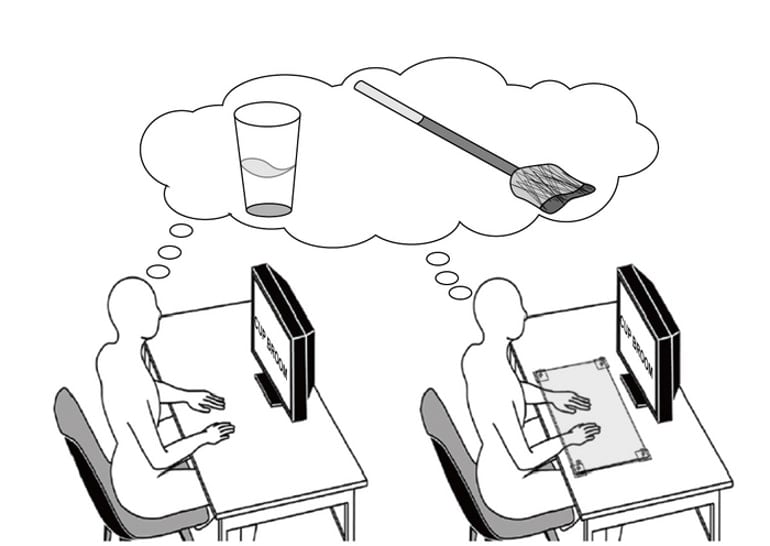 Summary: Constraining hand movements affects the processing of object-meaning, a finding which supports the theory of embodied cognition.

Embodied cognition proposes that people understand the words for objects through how they interact with them, so the researchers devised a test to observe semantic processing of words when the ways that the participants could interact with objects were limited.To test embodied cognition, the researchers conducted experiments to see how the participants’ brains responded to words that describe objects that can be manipulated by hand, when the participants’ hands could move freely compared to when they were restrained.Comparisons were made between the words, describing two types of objects, hand-manipulable objects, such as “cup” or “broom” and nonmanipulable objects, such as “building” or “lamppost,” to observe how each type was processed.The results showed that the activity of the left brain in response to hand-manipulable objects was significantly reduced by hand restraints. These results indicate that constraining hand movement affects the processing of object-meaning, which supports the idea of embodied cognition.

Hand constraint reduces brain activity and affects the speed of verbal responses on semantic tasks.According to the theory of embodied cognition, semantic processing is closely coupled with body movements

However, it has not been confirmed whether body constraint reduces brain activity related to semantics

A pair of words representing the names of hand-manipulable (e.g., cup or pencil) or nonmanipulable (e.g., windmill or fountain) objects were presented, and participants were asked to identify which object was larger

7 Ryan Murphy's "Monster: The Jeffrey Dahmer Story" is an example of the brand undermining the mission - Salon