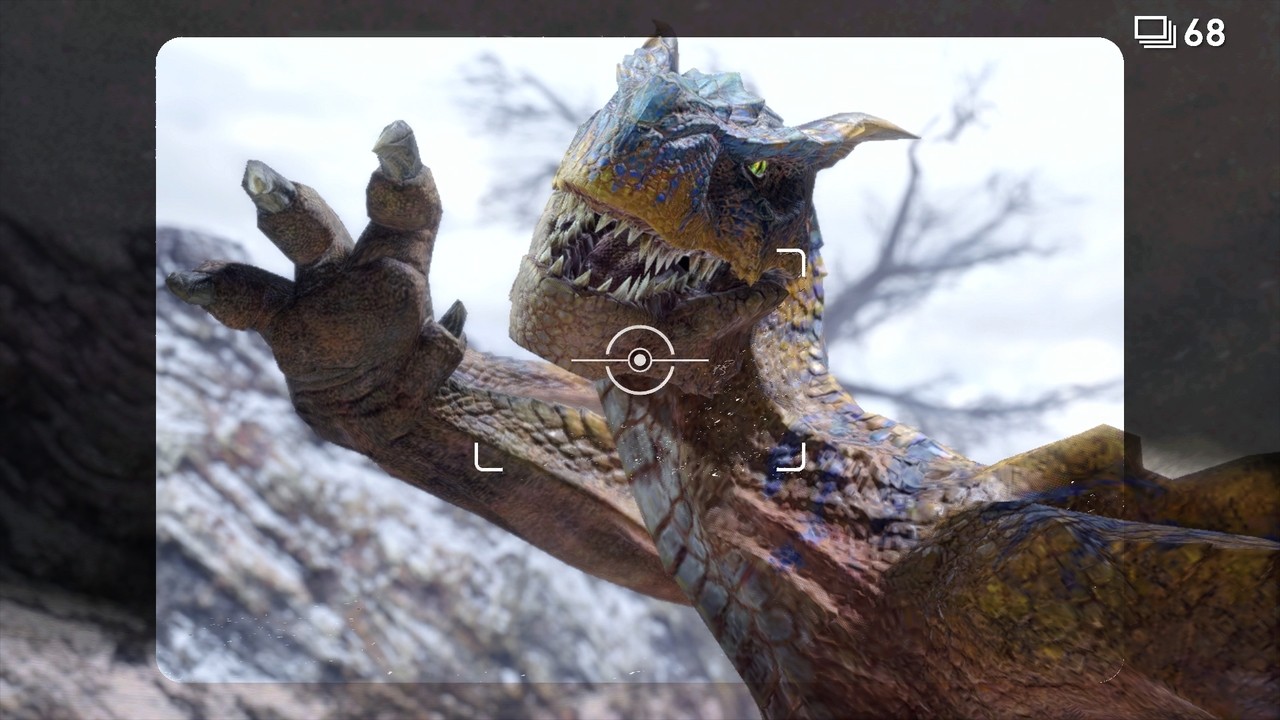 This got me thinking, wouldn’t a 'Monster Hunter Snap' game be wonderful.

The Monster Hunter series has already started to take steps towards a more empathetic view of the monsters that inhabit its world.

Monster Hunter Stories allows you to hatch monster eggs and befriend monsters, being more akin to the Pokémon series in the treatment of monsters.

Monsters like the Rathalos, Mizutsune and Tigrex have become icons over the years, with distinct personalities that make them feel like real animals.

Imagine being tasked with photographing two monsters as they battle, having to set up your shots to get great pictures while also keeping at a safe distance.Stories gives players a new way to interact with these creatures, forging bonds and adding a spin on the way the series usually views its monsters.Taking the monster-friendly ethos of Stories further could really work in a Monster Hunter Snap game.

Snapping photographs is already a part of Rise, there’s even missions that specifically ask you to photograph monsters in certain ways, like catching a Bombadgy as it exhales gas and rolls around.

The monsters of Monster Hunter already exhibit unique behaviours and follow strict routines, setting the stage for players to go in and photograph them.

Imagine being tasked with photographing two monsters as they battle, having to set up your shots to get great pictures while also keeping at a safe distance.

I’d love to get all Planet Earth and slowly document each area, perhaps visiting locations from a variety of Monster Hunter games.

The many games in the Monster Hunter series are rarely tied together, meaning the overarching universe can feel a little undefined at times.

Nintendo has always been better at this than most, and with Monster Hunter having much of its history entangled with the platform holder, it’d be interesting to see the series broaden to appeal to a more diverse set of gamers.

I’d bet a MH Snap game would be a much easier sell than the often-intimidating main games.

With New Pokémon Snap on the way, it will be interesting to see how well it sells, and whether this could be yet another sign to developers like Capcom that there is an appetite for these kinds of games.

After so many Monster Hunter games it’s surely time to build out the world a bit with some smaller, weirder titles.

Honestly, I play monster hunter for everything but taking pictures.

I looked into getting pokemon snap, but it’s too expensive for a game so short, at least if the sequel is the same length as the original.

Plus, l really don’t see the point in a game where in which you can only take pictures on rails.

I mount the Palamute, choose camera and go running around in first person perspective taking pictures of stuff.

There’s not a huge difference in any% or 100% for the first game because you get locked behind gates where you need a certain number of photographed Pokemon to proceed, plus you are required to replay areas for other exits and to photograph specific things.

I'd rather have a Pokemon game where we can hunt, kill and carve them.Normally I ignore photo features in games but for whatever reason I've gotten really addicted to taking photos of everything and cataloging all monsters and endemic life in MHR.I can't believe it, but for once they added something to monster hunter that I enjoy as much as fighting big ass monsters.Gonna need a Monster Hunter Pinball game first

Metroid Prime Pinball is still one of my favorite DS games, and Monster Hunter would make a great theme for a pinball adventure title

World (specifically Iceborne) had something like this but I didn't do hardly any of it mostly because I could never remember the controls for using the camera, but it's made easy to do in Rise

While we're at it, let's have a primitive Pokemon game where you hunt legendaries and beat them up using swords, axes, and guns

I think a whole jungle safari-like game featuring the Monster Hunter world would be neat...not for me, but I think it could find an audience