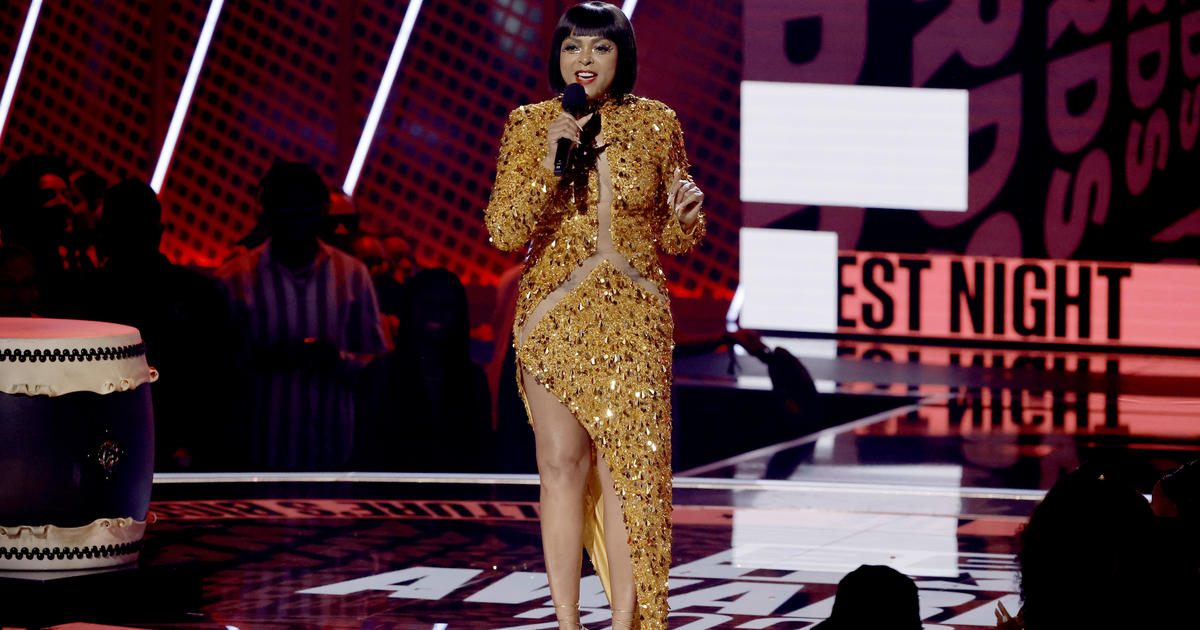 Stars at the BET Awards on Sunday used their platforms to make statements about the Supreme Court's decision to overturn landmark abortion rights decision Roe v."And you're damn right, 'It's about damn time.' It's about damn time we step into our power," Henson continued, quoting Lizzo's song "About Damn Time." ."It's about time we talk about the fact that guns have more rights than a woman.

It's a sad day in America," she said.

"I'd like to give a special, special shout out to Black women, to Black queer artists, to Black non-binary artists," said singer Janelle Monáe while presenting the night's first award.

"These artists, making art on our own terms, owning our truths and expressing ourselves freely and unapologetically in a world that tries to control and police our bodies, my body and our decisions, my decision.

"If you've ever benefited from a woman making one of the toughest decisions of her life, which is to terminate a pregnancy, you need to be standing with us.

The court's three liberal justices dissented and Chief Justice John Roberts delivered a concurring opinion, writing that while he agrees that the viability line established under Roe should be discarded and Mississippi's law upheld, the decisions made in the Roe and Planned Parenthood vProtests and celebrations outside the court – and across the country – began almost immediately after the decision was announced and continued throughout the weekend

12 Perseid Meteor Shower: The Latest Forecast, and Tips on How to See the Show - NBC Chicago

13 China overtakes the US in scientific research output - The Guardian

14 Is COVID losing its fangs and becoming more like the flu? - The Mercury News