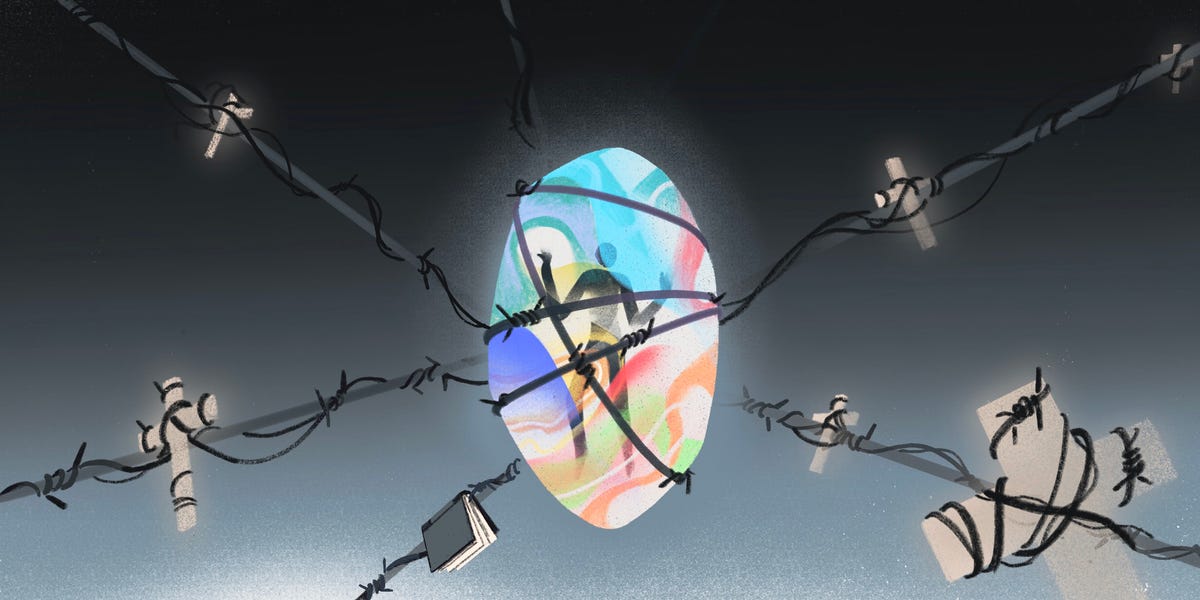 In April, Robin Lundstrum, a Republican lawmaker in the Arkansas House of Representatives, traveled to Missouri to testify in support of a bill that would ban doctors from providing or referring transgender and gender non-conforming minors for gender-affirming health care.

(A temporary federal court injunction has prevented the SAFE Act from going into effect.) Nineteen other states have taken up similar bills aimed at banning gender-affirming care.

These bills are often based on false claims that gender-affirming care is a ghoulish medical experiment that causes lifelong harm to kids, when in fact doctors and professional medical organizations have established that such treatment is vital to supporting the health and well-being of trans kids.

She presents herself as an empathetic and energetic small business owner, wife, and mother who is committed to keeping her community and its children safe.

The health care Lundstrum and her acolytes seek to outlaw, including gender-affirming mental health care, puberty blockers, and hormone treatments, represents the established standards for minor patients experiencing gender dysphoria, or a disconnect between their gender identity and their sex assigned at birth.

Despite the consensus of the medical community, SAFE Act proponents persist in falsely claiming these treatments are "experimental" and that they "disfigure" children.

The SAFE Act also purports to ban gender-affirming surgeries, but doctors do not perform such surgeries on minors in Arkansas, and the American Academy of Pediatrics does not recommend such surgeries on patients under the age of 18 anywhere.

Lawmakers had limited the testimony of respondents to two minutes, and Wheeler used his time to call out the bill's supporters for relying on "misinformation." The American Academy of Pediatrics issued its own statement condemning attempts to ban gender-affirming care as having "the sole purpose of threatening the health and well-being of transgender youth." .

In rejecting the medical establishment in favor of this anti-scientific religious ideology, Lundstrum's SAFE Act represents an escalation in Republican legislative attacks on trans kids, ramping up from barring them from bathrooms and sports consistent with their gender identity to making the basic health care they need illegal.

Training state lawmakers to implement this ideology has become a top priority of the Family Policy Alliance, which has hailed the SAFE Act as a critical step to protect children from "dangerous medical experiments" that amounted to "manipulation, malpractice, and abuse." .The Statesmen Academy elevates the profiles of these legislators and helps them promote legislation rooted in baseless distortions of science and medicine, particularly with regard to reproductive and trans rights. .

In an appearance on MSNBC, Levine specifically cited bills that prohibit access to gender-affirming care—like Lundstrum's SAFE Act—as "the most egregious." Trans kids who "are supported and nurtured and receive evidence-based, state of the art medical care, do really really well," she said.

The same day, Banks introduced another bill, the Protect Minors from Medical Malpractice Act of 2022, which would create a private right of action, with a 30-year statute of limitations from the time the plaintiff turns 18, to allow patients to sue a doctor who provided them gender-affirming care—an attempt to make the law characterize the consensus standard of care within the medical community as "malpractice." .

The Arkansas Psychological Association, the state chapter of the American Psychological Association, criticized Lundstrum's SAFE Act as "dangerous," because it suggests that transgender people "are inherently mentally ill," when in fact it is "generally understood that transgender people are at greater risk for mental health concerns because of the stigma and oppression they experience, rather than as a result of their gender identities." .

When trans children and their parents challenged the constitutionality of the Arkansas SAFE Act in court, 19 medical, mental health, and educational organizations took their side in an amicus brief.

The professional groups explained that the consensus of the medical community is that gender is not binary, and that for a patient experiencing gender dysphoria, gender-affirming care, including mental health interventions, puberty blockers, and hormones to prompt development consistent with a patient's gender identity, "is the only effective treatment." .

The SAFE Act, they wrote, prohibits this needed care, "distorts the facts around gender dysphoria," and "endorses an outdated 'treatment'—which is in fact an intentional decision not to treat—that the medical community has long since repudiated." Banning this health care, the medical experts argued, would harm transgender youth. .Sabrina Jennen, a teenage trans girl who is one of the plaintiffs in the lawsuit, says in a statement on the ACLU's website, "I know first-hand that gender-affirming care is life-saving care.

At an event hosted by the Family Research Council last year, Rutledge spoke on a panel titled "Keeping Kids SAFE from Radical Gender Ideology," and suggested that parents who get their kids gender-affirming care are abusive. .

The Statesmen Academy's plan is that copycat bills of the SAFE Act will come before more state legislatures in the future, despite the mounting medical and legal criticism

Even with the Arkansas SAFE Act temporarily on hold, trans youth, their health care providers, and their parents live with an ongoing sense of "unnerving fear and a complete loss of a sense of security," said x freelon, the executive director of Lucie's Place, an LGBTQ advocacy non-profit in Little Rock

For parents of young trans kids, the prospect of not being able to access the care their child will need when they approach puberty is devastating

"People who have never even met a trans person, to their knowledge, that have no expertise at all started regurgitating a lot of inaccurate and hurtful language," said Courtney Frierson, a Little Rock therapist who was one of the health care providers who testified against the SAFE Act

The push by the Statesmen Academy for Christian legislators to enact "God-honoring" policies has already led to isolation and harm to trans kids, advocates say

These laws include banning trans girls and women from participating in sports, bathroom bills, and the medical care bans, which all have the effect of separating children from their coaches, teammates, counselors, doctors, and parents

8 WH Spox Kirby: We Need to Lessen Dependence on OPEC, That's Why Biden Issued Drilling Leases, and Is 'Working So Hard on Clean Energy'

15 Aaron Judge comes through with homer No. 62 on an unforgettable night in Texas | Opinion

16 Weeks before midterm elections, Republicans warn of an army of 87,000 IRS agents that will harass Americans

1 Americans are running out of cash. It makes a recession more likely.

3 Steve Jobs' daughter was right. I shouldn't have bought the iPhone 14. - Business Insider

1 Will Smith is back and on the run in the trailer for Apple TV Plus’ Emancipation - The A.V. Club

6 Trevor Noah to leave The Daily Show, saying he wants to do more standup - The Guardian

16 Interview With the Vampire's First Episode Will Seduce You - Gizmodo