The differences between elimination, eradication and herd immunity -- and what it means for Covid-19 - CNN 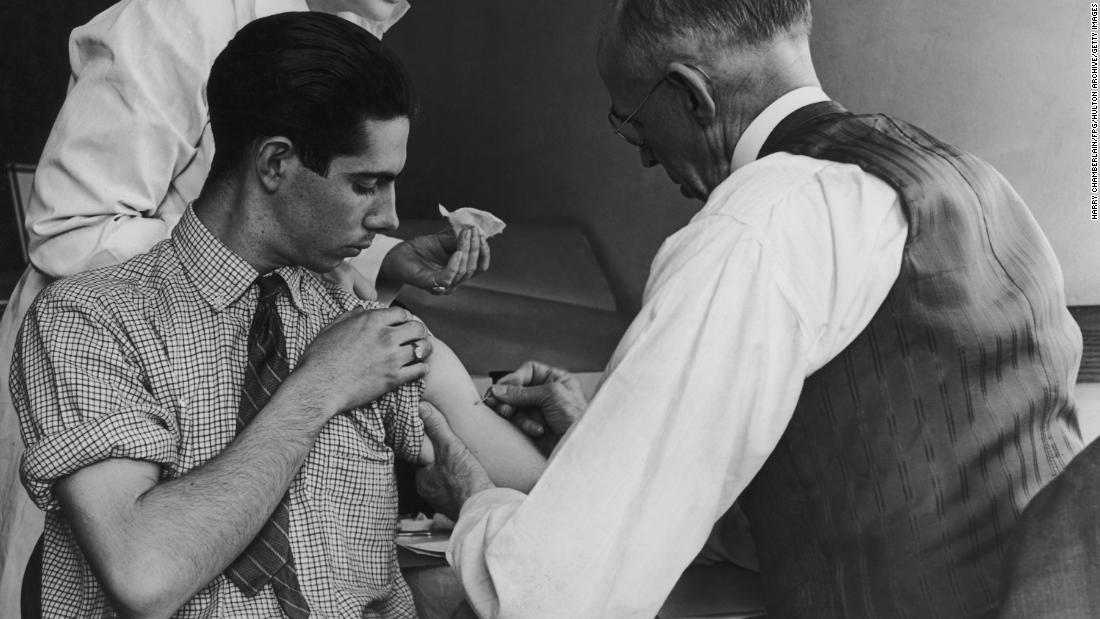 May 12, 2021 3 mins, 24 secs
People will need to trust science, put their communities over personal comfort and realize that pathogens have no respect for state or national borders.How previous disease fights have played out -- from measles in the United States to anthrax in Kenya to the global defeat of smallpox -- offers lessons for how humanity might overcome the latest scourge.The United States declared measles eliminated in 2000, but cases continue to pop up, ranging from 55 in 2012 to 1,282 in 2019, according to the US Centers for Disease Control and Prevention.

Bill Foege, the epidemiologist credited with instituting the tactics integral to ending smallpox worldwide (it is the disease that was eradicated, he emphasizes; the virus still lives in American and Russian labs).

Comparing diseases, responses and outcomes across locales isn't always helpful, but strategies used in the smallpox fight, which came to a successful end in 1980, can be applied to Covid-19, he told CNN."It's different, but from the beginning my suggestion (for Covid-19) has been that if you combine vaccination with contact tracing you could do it in such a way that you might well achieve success," said Foege, who led the CDC from 1977 to 1983.

"One thing we have not done very well is contact tracing and the use of vaccine as a tool."

In 1966, health authorities believed 80% of a population needed to be inoculated to wipe out smallpox in an area -- similar to numbers tossed around with Covid-19 -- but in Nigeria, doctors had nowhere near that supply of vaccine, nor was it expected to arrive with any haste, Foege told CNN.When cases were confirmed in a village in eastern Nigeria, Foege and his cohorts went on the attack."We showed you didn't need Step One in the (World Health Organization) strategy, which was mass vaccination," Foege said.

To those who say contact tracing in the United States is too arduous, Foege isn't hearing it.

A year later, there were zero, with no smartphones or computers in the field, so Foege doesn't believe it when he hears some political and public health leaders in the technology-drenched United States say it can't be done now."I just don't buy it," he said.Incoherency reigned in a federal system that leaves health care to the states, which operate under different rules and reporting methods and contain numerous (sometimes at-odds) local and regional health agencies, Hanage said.Another factor seldom raised "is not part of health care, per se, but a huge part of public health": the lack of paid sick leave across industries, especially in low-wage jobs, which forced people to choose between quarantining or paychecks, he said.

Tom Frieden, is a public health initiative of the nonprofit, Vital Strategies.

Two-thirds of new infections are zoonotic, so scientists should be studying animal and human health hand in hand, Foege said.

There's no place on Earth that isn't local and global, said Foege, who has joined fights against polio, guinea worm disease and river blindness, and headed the CDC when it set its sights on eliminating measles.

You can't be a nationalist," he said before aptly paraphrasing Albert Einstein: "Nationalism is an infantile disease; it's the measles of mankind."

The University of Michigan's Markel, who chronicled in The New Yorker last month how trust in science had taken a serious hit since the advent of the polio vaccine in the 1950s, said the United States and other countries could eliminate or "very nicely suppress" Covid-19 but it would require people around the globe to place their faith in doctors and line up for the vaccine.

Any solution, he said, would have to overcome the United States' politics and its "balkanized" health care system -- while aggressively tackling any reintroductions to keep those outbreaks small.