The Galaxy Note is back, it’s just going to be called the “Galaxy S22 Ultra” - Ars Technica 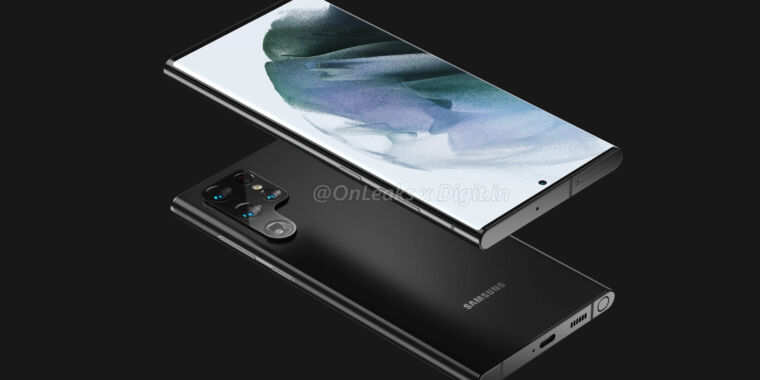 Samsung has shipped pen accessories for the S21 Ultra and Galaxy Z Fold 3, but those required some kind of case for storage.

This render shows the S22 Ultra with the telltale oval along the bottom edge, just like an old Note phone.

Designing around the S-Pen holder means the S22 Ultra generally has a Galaxy Note 20-style design.

The phone still has a hole-punch camera, instead of the under-display selfie cameras that Samsung packed into the Galaxy Z Fold 3.

Samsung is going all-in on its in-house Exynos chips and starting a partnership with AMD, which will supply the GPUs to match up with ARM-designed CPUs.

Samsung has done a worldwide Exynos launch before with the Galaxy S6, and its recent work with Google on the Pixel 6—which will bring an Exynos modem to the US for the first time in years—shows the company is ready to branch out into more territories.