The Lovebirds review: Neflix movie stars Issa Rae and Kumail Nanjiani in a new take on the comedy of remarriage. - Slate 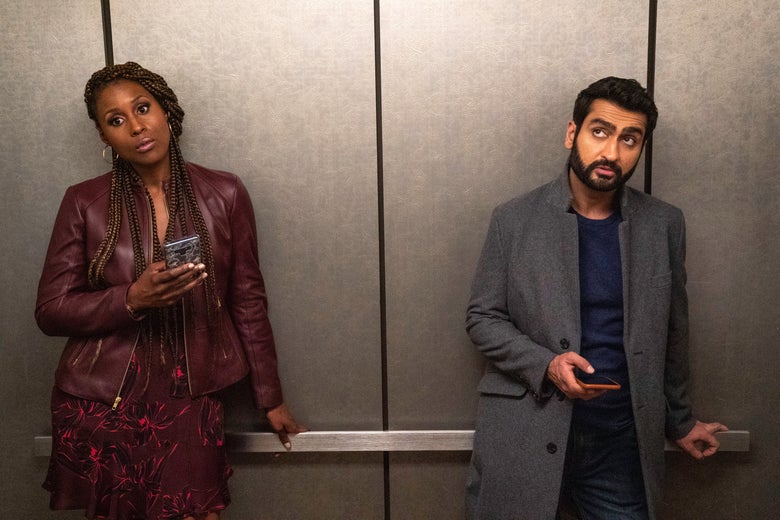 May 22, 2020 2 mins, 23 secs
In the movie’s first scene, Leilani (Issa Rae) and Jibran (Kumail Nanjiani) are in the rosy glow of first love, extending the morning after their first hookup with an impromptu breakfast and walk in the park.

This setup hearkens back to a comedy of remarriage, the classic Hollywood subgenre in which an established couple (often featuring Cary Grant, Katharine Hepburn, or both) begins at the edge of breaking up and then spends the movie rediscovering why they were always meant for each other.

(Spoiler: The Awful Truth in the movie of that name is that they’re still in love.) One of the reasons why the rom-com generally has fallen on hard times in the 21st century is because so many of the classic obstacles placed in the characters’ way—familial pressure, sexual repression—don’t hold sway the way they used to, but in the comedy of remarriage, they’re already together, and the obstacle is themselves or, sometimes, the interference of something less expected, such as a fugitive leopard.

In The Lovebirds, it’s a homicide, one to which Leilani and Jibran are innocent bystanders, but for numerous reasons, including the fact that they’re both people of color (another element that’s new to this subgenre), they don’t expect the police to believe they’re innocent.

“I don’t think they’re murderers because, like, they’re minorities,” she sobs.

“I think they’re murderers because they literally just killed a guy.”.

Despite the fact that The Lovebirds has three credited writers and also feels like it was punched up by Rae or Nanjiani or both—a running gag about one of Leilani’s co-workers stealing all his jokes from Katt Williams is an inspired grace note—the story that follows feels half-baked and underthought.

When one of them starts referring to the man whose killing they witnessed as “Bicycle,” the other doesn’t wonder whom they’re talking about, or even question the moniker; they just pick up the thread and extend it, calling his mustachioed killer “Mustache.” They trace the victim back to an apartment inhabited by several white frat boys and start interrogating one, whom Rae belittles as, among other things, “Li’l Brett Kavanaugh” and “Date Rape McGee,” and as they both put on their most intimidating faces, they slip into a rhythm without consultation?

The “I just fell in love with you” smile she shoots Nanjiani in the movie’s opening minutes has a gleam that could power a small city, and she aces the deadpan in the moment when a waitress notices the smears on Nanjiani’s coat and Leilani explains, “We were just painting our house … blood colors.” You wish the two had more help, but the fact that they manage to carry the movie anyway just makes more clear how great their chemistry was all along.