"They can't arrest all of us": Why Iran's defiant young protesters "want the change today" - CBS News

"They can't arrest all of us": Why Iran's defiant young protesters "want the change today" - CBS News 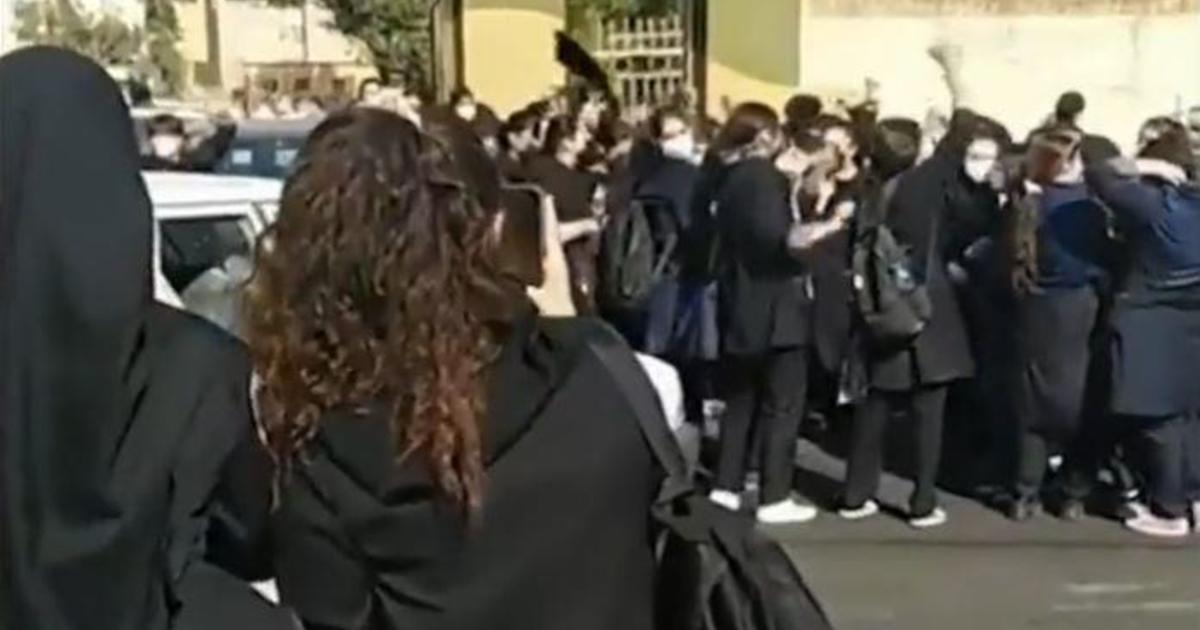 Unprecedented scenes are emerging from the Islamic Republic of Iran: Schoolgirls across the country are flouting the law, some uncovering their hair, and many chanting, "We don't want the Islamic Republic!" and even, "Khamenei is a murderer!".I’ve never seen anything like this in the Islamic Republic of Iran… schoolgirls without mandatory hejab,chanting "We don't want the Islamic Republic" & "Khamenei is a murderer, his reign is nullified.” And it’s happening in several places.Since Saturday, when the academic year officially began in Iran, college students have been protesting daily, shouting slogans such as "The mullahs must get lost!" and "Iran is drowning in blood, our professors are drowning in silence."."Everyone is out on the streets," one college student said in a video message.On Sunday, security forces besieged Tehran's prestigious Sharif University of Technology — often referred to as the MIT of Iran — where students had been protesting peacefully.

We want to live like the rest of the world.".

"My generation and the generation after me, we gave the government the chance to reform itself," said Bahari, who was jailed in Iran in 2009 while living and working there as a journalist for Newsweek."Young people are becoming poorer," Bahari saidIran's Gen Z — those born between the late 1990s and early 2010s — are also the first generation to have grown up immersed in social media and the Internet, much like their counterparts in the West, explains Holly Dagres, a non-resident senior fellow at the Atlantic CouncilDagres said the violent tactics Iranian authorities used against students at Sharif University on Sunday were symbolic, because the university is known for having the best and the brightest, many of whom end up living and working in the West"Viral videos of the crackdown on the country's brilliant minds signals to youth everywhere two choices: Take down the Islamic Republic, or leave Iran," said Dagres. But Omid Memarian, senior Iran analyst at the Democracy for the Arab World Now group, said the president's remarks only further highlighted the regime's disconnect from realityIran has had many other Mahsas - women who have been killed - whose stories were never told, said the college student

"We just want… people to live as they like in Iran and not be jailed for it."

3 From Market To Glass: How To Deseed Pomegranate And Make Its Juice - NDTV Food

7 ‘The Masked Singer’ Semi-Finals Reveals Identity of the Snowstorm: Here’s Who They Are - Variety

9 US economy: Bank of America fund manager survey shows most are betting on stagflation ahead

10 Videos captured a fireball flashing across the Toronto skyline before it struck Earth near Niagara Falls - Yahoo! Voices

14 Casablanca at 80: a golden age classic that remains impossible to resist - The Guardian