They’re Not Anti-Vaccine, but These Parents Are Hesitant About the Covid Shot - The New York Times 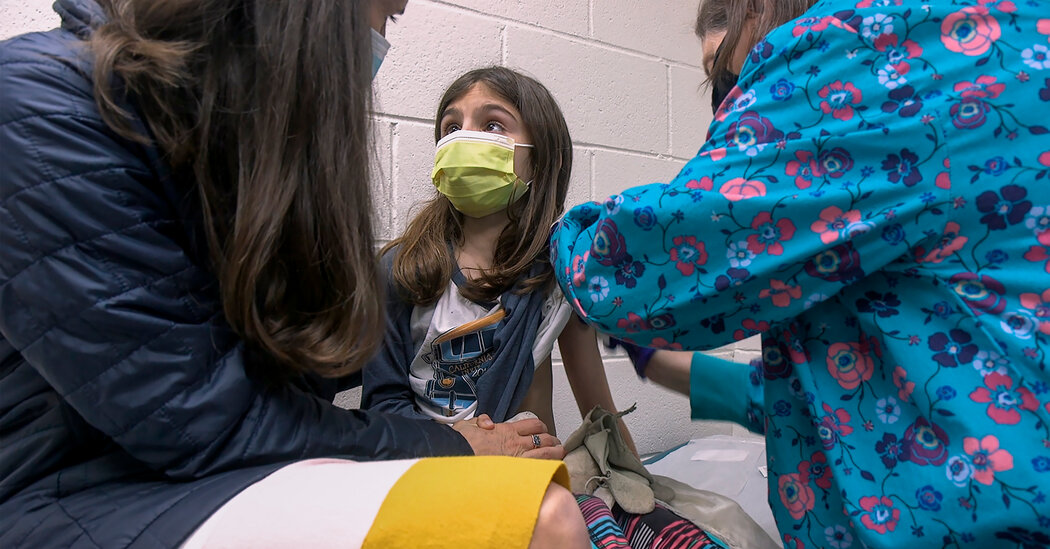 Talib said, the parents had already had the Covid-19 vaccine themselves, and would preface their message with: “I’m not an anti-vaxxer or an anti-masker.

Parents of adolescents I spoke to tended to be concerned about the vaccine affecting puberty and future fertility for their children.

Saadia Faruqi, 45, a children’s book author in Houston whose kids are 11 and 14, said that though she and her husband got the vaccine, she worries about how it might affect her kids’ hormones, fertility and their growing bodies.

Talib has also heard these concerns from parents of teens, and she said that while she understands the worry, there’s no biological mechanism that would make the Covid-19 vaccine worse for teenagers.

In trials, the Pfizer-BioNTech Covid vaccine was extremely effective for children 12-15 — there were zero breakthrough infections among more than 2,000 inoculated kids.

Akiko Iwasaki, a professor of immunobiology at Yale School of Medicine, who wrote an article for The Times debunking disinformation about the Covid-19 vaccine and fertility, said: “Even during the vaccine trials some of the women inadvertently got pregnant.Nicole Frehsee Mazur, 39, who lives in Birmingham, Mich., was also concerned about her children, who are 4 and 6, having an allergic reaction to the vaccine, because she had an averse response to the Moderna shot and the kids have allergies.The doctors I spoke to were hopeful that, as the vaccine becomes a reality for young kids rather than an idea, parents will become less hesitant.

Talib said that parents and teens alike in her practice have said they would feel more comfortable getting their vaccines in a pediatrician’s office, closely monitored by a doctor they know, than at a large vaccine site like a convention center or a pharmacy, the way many adults have been vaccinated.

Last week, President Biden said that he was shifting his administration’s vaccination strategy away from mass vaccination sites and toward more local sites in order to get more shots to younger people and the vaccine hesitant.

Heard-Garris said that her patients in the 16 and up crowd who are already eligible for the vaccine are telling her, “I want this; I know my mom doesn’t want this.”