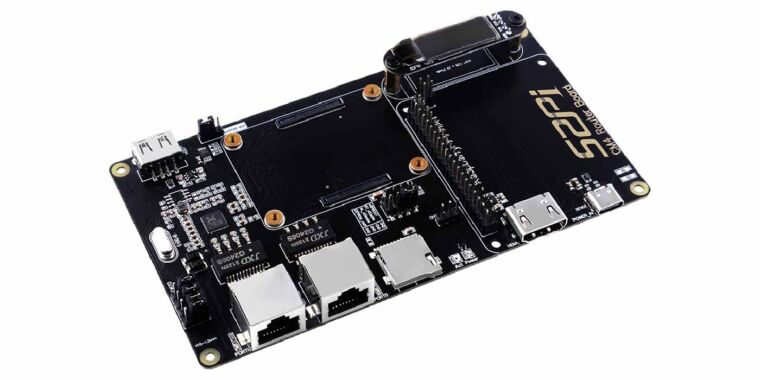 If you're intrigued by the prospect of building a DIY router, Seeed Studio has a board that's just waiting to put a Raspberry Pi Computing Module 4 (CM4) to work.Seeed's CM4 Router Board adds two full-speed gigabit network ports, two USB 2.0 ports, a microSD slot, an HDMI out, a GPIO interface for Raspberry Pi HAT add-ons, and a 0.91-inch OLED display to your Pi CM4.

Having the CM4 at the system's core gives you 32 different options for RAM, storage, and wireless capabilities on your homebrew router.

The Router Board comes with OpenWRT installed, but it could run Ubuntu, Raspberry OS, or any other Pi-friendly system?

Seeed notes that beyond DIY routers, the CM4 Router Board could also become a gateway, mini-NAS, wireless network bridge, or mini-server.

2 4 Foods Making Your Joint Pain Worse — Eat This Not That - Eat This, Not That

6 #1 Worst Coffee Habit for Your Blood Sugar — Eat This Not That - Eat This, Not That