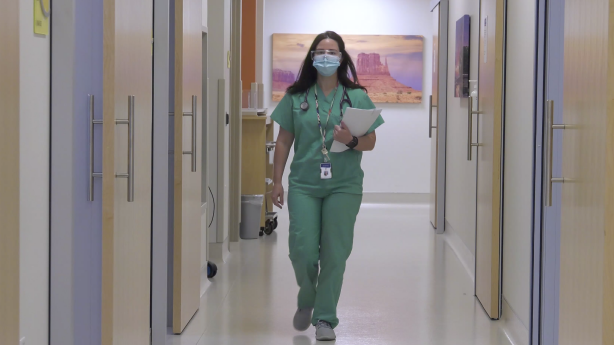 Feb 23, 2021 57 secs
That's a welcomed surprise for pediatric specialists who typically deal with 80 to 120 RSV hospitalizations and dozens of intensive care unit stays per week on top of hundreds of yearly influenza hospitalizations.

Andrew Pavia, a pediatric infectious disease specialist with Primary Children's Hospital, during a press briefing Monday regarding the pediatric hospitalization trends for both viruses.

Pavia said it ends up resulting in many elderly pneumonia cases.

So far, the Centers for Disease Control and Prevention has only reported a little less than 1,600 total confirmed flu cases in the U.S.

The Utah Department of Health's weekly influenza dashboard shows there have only been 13 total hospitalizations due to influenza through Feb.

One theory for the flu is that there were so few cases during the Southern Hemisphere winter and travel restrictions were in place so the flu couldn't really carry over from that region of the world, Pavia explained.

Australian doctors reported similar trends for both influenza and RSV during the Southern Hemisphere winter.