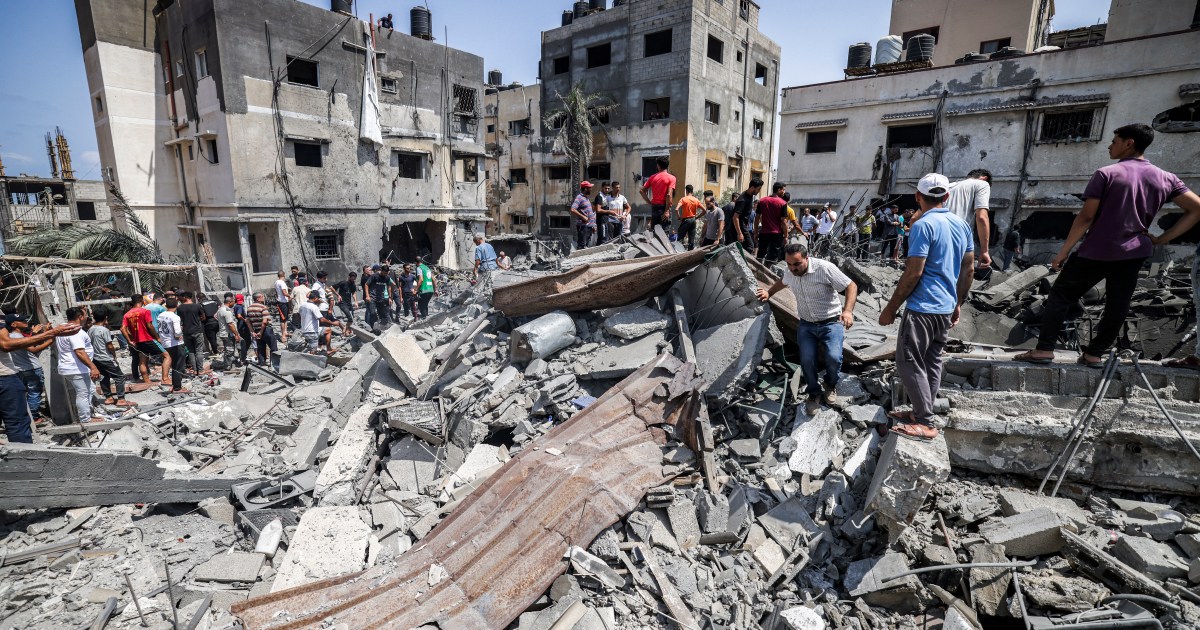 Second Islamic Jihad commander, four more Palestinian children killed in Gaza Strip as Israel continues its attacks on the coastal enclave.A senior commander of a Palestinian armed group and six children have been killed in the Gaza Strip as Israeli jets continued their bombing of the besieged enclave.In a statement on Sunday, Islamic Jihad confirmed that Khaled Mansour, its commander in the south of the Gaza Strip, had been killed in an Israeli raid on Saturday.Mansour is the second high-ranking member of Islamic Jihad to be killed since Israel began attacking Gaza on Friday, when it assassinated the group’s commander in the north, Taysir al-Jabari.Israel has warned that its campaign against Islamic Jihad could last a week, and its attacks on Gaza have destroyed apartment buildings and struck refugee camps.At least four children were killed in a blast close to the Jabaliya refugee camp on Saturday, according to Hamas, the group that governs the Gaza Strip.Israel stopped the planned transport of fuel into Gaza shortly before it launched its attacks on Friday, crippling the territory’s lone power plant and reducing electricity to about four hours per day and drawing warnings from health officials that hospitals would be severely affected within days.

Israeli forces then sealed roads around the Gaza Strip and on Friday bombed an apartment building in the centre of Gaza City, killing al-Jabari, Islamic Jihad’s northern commander, and at least nine others, including a five-year-old girl and a 23-year-old woman.

The United States said on Saturday that it fully supported Israel’s right to defend itself and urged all sides to avoid further escalation, while Iran, which backs Islamic Jihad, said Israel will “pay a heavy price” for the latest attacks

2 US Supreme Court begins session amid crisis of public trust

8 Top 3 things we learned from Bills vs. Ravens | Week 4 - BuffaloBills.com

14 News » Regarding the Steam Version of CHAOS;HEAD NOAH - Spike Chunsoft