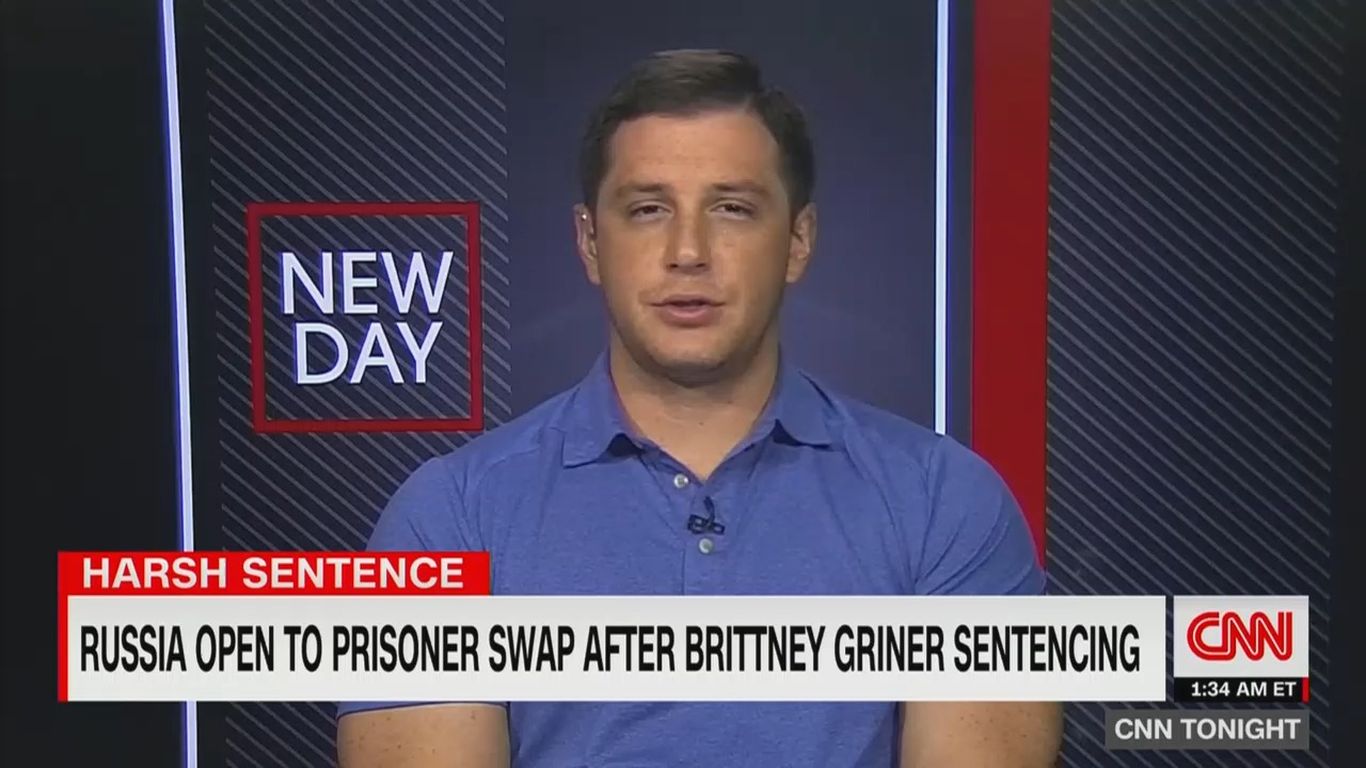 Trevor Reed, an American citizen recently freed from a Russian prison, told CNN that WNBA star Brittney Griner will experience "serious threats" to her health if she is sent to a labor camp.Driving the news: "Anyone who is in a forced labor camp in Russia is obviously, you know, facing serious threats to their health because of malnutrition," he told CNN in an interview. "There's little to no medical attention there whatsoever. ".Flashback: Reed, a Marine veteran who was freed through a prisoner exchange earlier this year, was held in a Russian prison for 985 days after being accused of assaulting a Russian law enforcement official, USA Today reports.