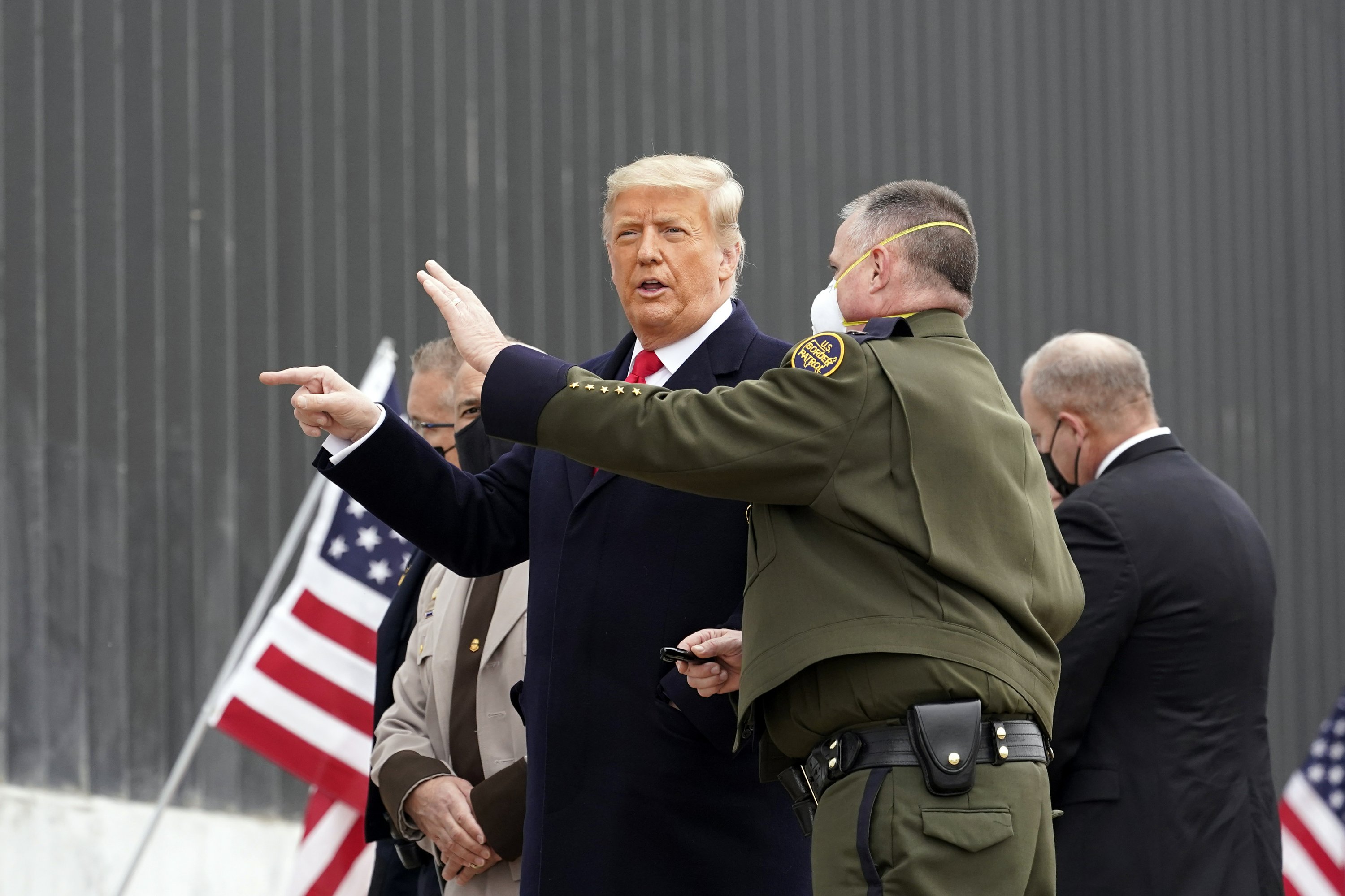 Jan 12, 2021 1 min, 28 secs
“People thought that what I said was totally appropriate,” Trump said.In Alamo, Texas, a city in the Rio Grande Valley near the U.S.-Mexican border — the site of the 450th mile of the border wall his administration is building, Trump brushed off Democratic calls on his Cabinet to declare him unfit from office and remove him from power using the 25th Amendment.“It’s time for peace and for calm,” Trump said Tuesday, less than a week after egging on the mob that descended on the Capitol.Speaking Tuesday, Trump said the “real problem” was not his rhetoric, but the rhetoric that Democrats used to describe Black Lives Matter protests and violence in Seattle and Portland this summer.“Everybody to the ‘t’ thought it was totally appropriate,” Trump said of his own comments.In the end, his administration has overseen the construction of roughly 450 miles of border wall construction — likely reaching 475 miles by Inauguration Day.Over the last four years, Trump and his administration have taken extreme — and often unlawful — action to try to curb both illegal and legal immigration.Biden has said he’d halt construction of the border wall and take executive action where possible to reverse some of Trump’s restrictions on legal immigration and asylum seekers.

But Biden and his aides have acknowledged the possibility of a new crisis at the border if they act too quickly, and Biden has said it could take six months for his administration to secure funding and put in place the necessary infrastructure to loosen Trump-era restrictions.