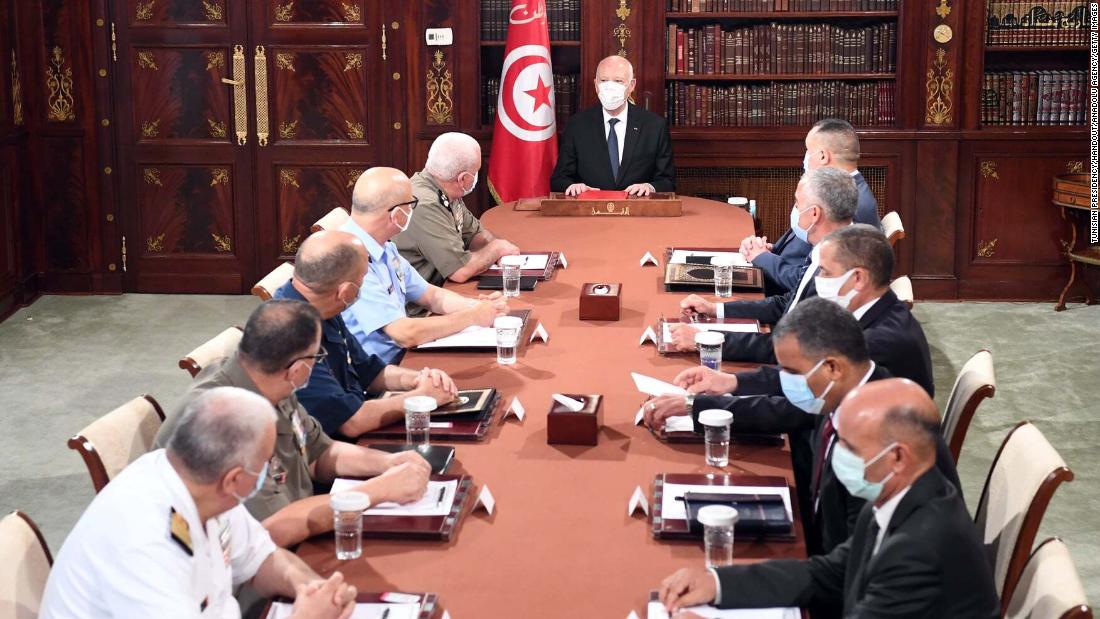 Jul 29, 2021 1 min, 59 secs
Opponents including the Islamist Ennahda party, parliament's biggest, have accused him of a power grab.On Wednesday he replaced the head of the television station after an incident in which two guests on a current affairs program said they had been denied entry to the building.The United States on Monday pressed Tunisia to maintain "scrupulous respect for freedom of expression" after police raided a foreign news bureau, but on Wednesday a New York Times reporter said police had detained her for two hours when out working in Tunis.Judicial probeLate on Wednesday the presidency published a video showing Saied telling the head of a business union that "wrong economic choices" had caused major financial problems.Tunisia is seeking a loan agreement from the International Monetary Fund to finance its projected budget deficit and debt repayments.Saied in the video called on traders to reduce prices of goods and warned them against speculating or hoarding.

The judiciary had earlier said it was investigating the two biggest parties in parliament, Ennahda and Heart of Tunisia, on suspicion of receiving foreign funds during the 2019 election campaign.The judiciary, widely seen in Tunisia as independent from politics, said its investigation started 10 days before the president's moves.Ennahda, a moderate Islamist party that has become the focal point of opposition to Saied's seizure of powers after its leader parliament speaker Rached Ghannouchi accused him of conducting a coup, denied committing any violations.Heart of Tunisia could not be reached for comment.Though Ennahda called on Sunday for supporters to come out on the streets against Saied's actions, it has since called for calm and sought national dialog.There was no sign of protests or other disturbances on Wednesday, although a heavier security presence was in place in central Tunis.

The army also remains at the parliament, government and television buildings it surrounded on Sunday.