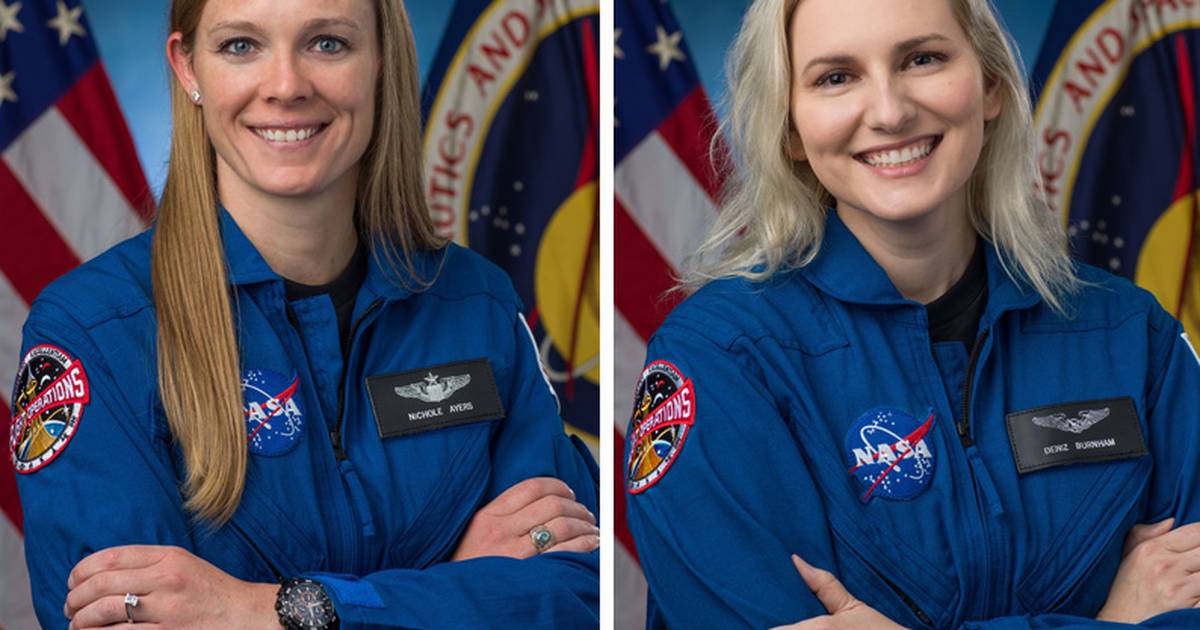 Dec 08, 2021 1 min, 16 secs
Two women with Alaska connections will soon report for duty at NASA’s Johnson Space Center in Houston, Texas, as members of the space agency’s newest astronaut candidate class.Deniz Burnham, 36, who lives with her fiance in Wasilla, and Nichole Ayers, 32, who works on Joint Base Elmendorf-Richardson in Anchorage, were selected along with eight other candidates out of a pool of over 12,000 applicants, NASA announced this week.Ayers, who considers Colorado home, is the assistant director of operations for the 90th Fighter Squadron at Elmendorf Air Force Base, according to NASA.Becoming an astronaut “was definitely a childhood dream,” Burnham said.

Burnham interned with NASA while earning her master’s in mechanical engineering.

The 10 candidates stand for a photo at the Johnson Space Center in Houston on Dec.

Those early interactions with space set her on a path toward the lifelong goal of one day becoming an astronaut, she said.“You kind of try to imagine it, but you also want to protect your heart,” Burnham said.“It’s kind of surreal when you literally talk about something your whole life and then it happens,” Burnham said.“I was like, ‘Oh my gosh, Grandpa, they actually selected me!’ ” Burnham said.

The recruits will train for space walks and maintenance on the International Space Station as well as work on robotics skills and Russian language skills, according to NASA