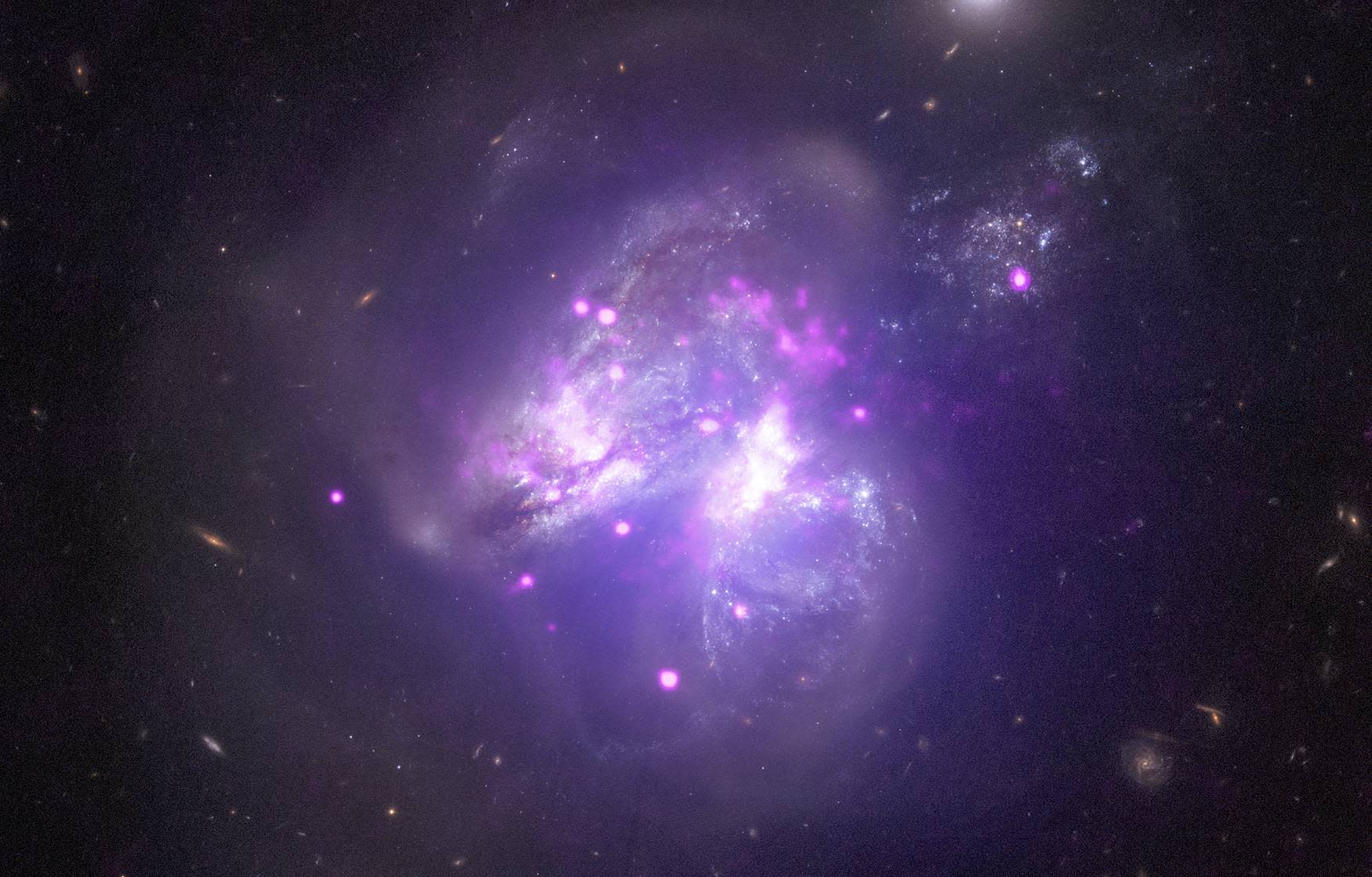 The galactic system called Arp 299 is made up of two galaxies in the middle of a merger, and NASA used its Chandra X-Ray Observatory in conjunction with the Hubble Space Telescope to capture images of the cosmic shakeup that are truly jaw-dropping.

The speed at which galaxies move through space in respect to other objects can vary dramatically — Andromeda is moving toward The Milky Way at a speed of nearly 70 miles per second, based on the best data we have — but even when the galaxies are moving very fast on paper, their sheer size means that it may take hundreds of millions or even billions of years for a merger to occur.

In the case of Arp 299, we’d have no way of knowing exactly when the collision first happened or how long the merger has been ongoing.Scientists have varied estimates about how long it takes for galaxies to merge once a collision begins.

Estimates vary, but it’s widely accepted that the process takes at least a few billion years, and perhaps much longer depending on conditions.