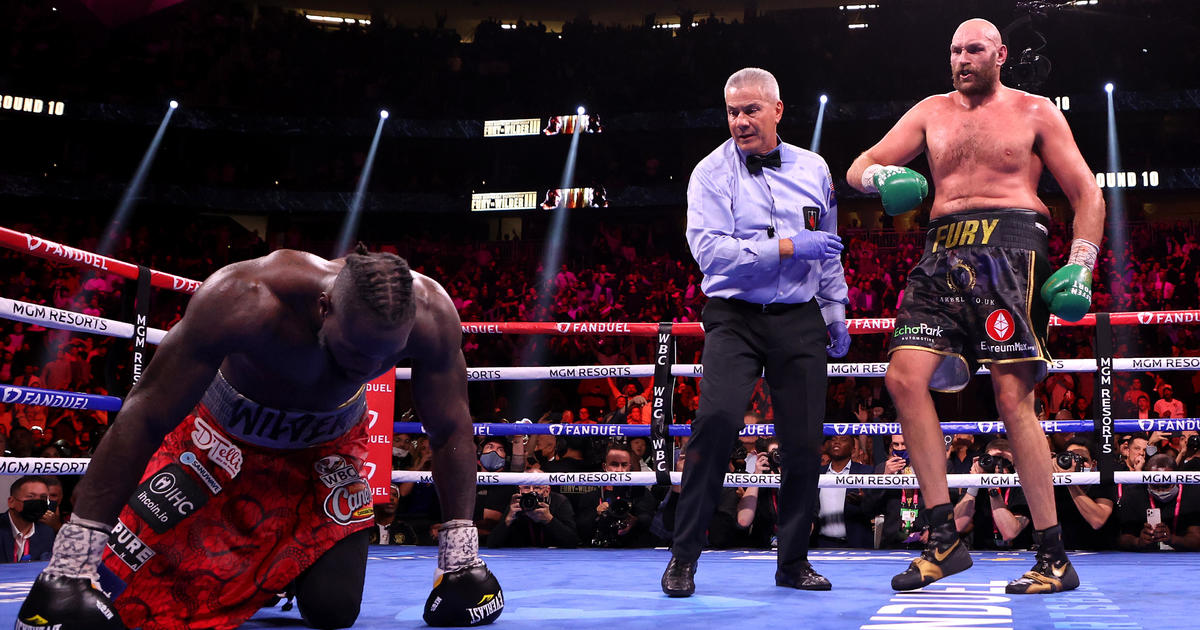 Oct 10, 2021 1 min, 31 secs
Fury got up from the canvas twice in the fourth round and eventually stopped Wilder with a devastating right hand in the 11th round, retaining his WBC title Saturday night in the thrilling conclusion to a superlative boxing trilogy.Wilder (42-2-1) was knocked down in the third round and appeared to be on his way out, but he improbably rallied to knock down Fury twice in the final minutes of the fourth."He caught me twice in the fourth round, but I was never thinking, 'Oh, this is over,'" Fury said.Fury knocked down Wilder again with a concussive right hand midway through the 10th, but Wilder recovered and even stunned Fury in the final seconds of the round.They met first in late 2018 in downtown Los Angeles, where Wilder knocked down Fury twice in the late rounds of an excellent fight otherwise controlled by Fury.

The British champ battered Wilder until the seventh round, when Wilder's corner threw in the towel on a one-sided victory and Fury claimed Wilder's WBC belt.

In the final minute of the third, Fury stunned Wilder with a shot and then escaped a clinch to land a two-punch combination that put Wilder down to his knees.

Fury battered Wilder again with the crowd on its feet, but Wilder made it to the bell.

Fury appeared to be in control until late in the fourth, when Wilder landed a powerful right hand squarely to the top of Fury's head.

Fury hurt Wilder in the seventh with a series of punches that sent Wilder sprawling back against the ropes.

Another damaging right hand from Fury swept Wilder's legs out from under him in the 10th, but Wilder finished the round, even hurting Fury late.

Wilder reached for the ropes on his way down, but landed facedown with his eyes glassy.