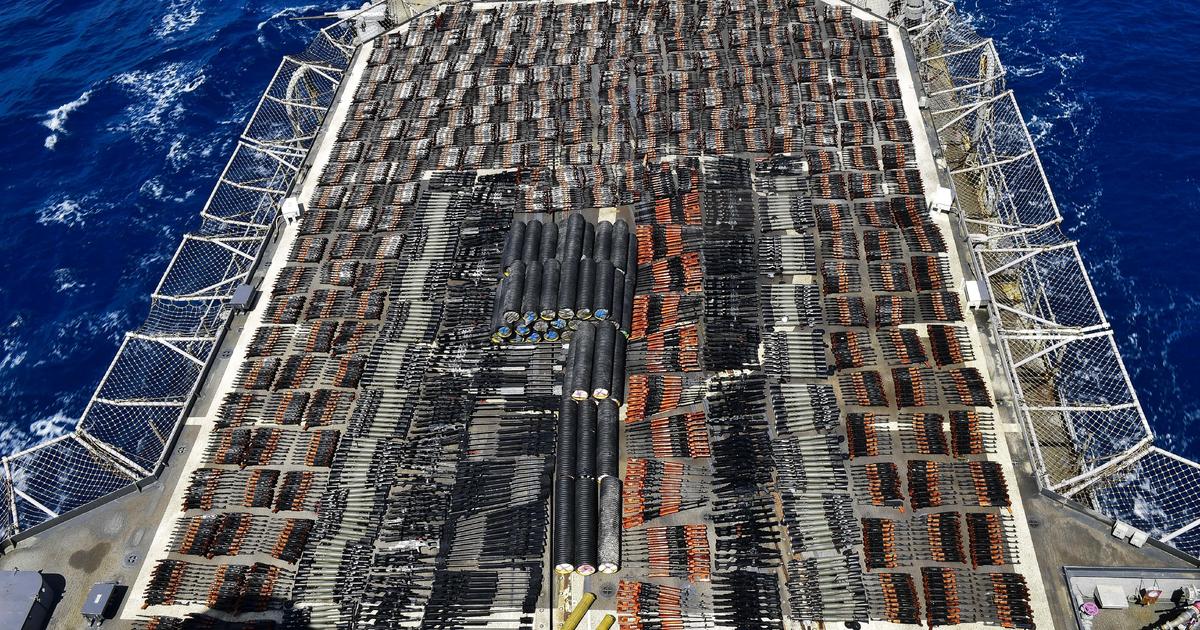 May 10, 2021 1 min, 4 secs
Navy announced Sunday that it seized an arms shipment of thousands of assault weapons, machines guns and sniper rifles hidden aboard a ship in the Arabian Sea, apparently bound for Yemen to support the country's Houthi rebels.An American defense official told The Associated Press that the Navy's initial investigation found the vessel came from Iran, again tying the Islamic Republic to arming the Houthis despite a United Nations arms embargo.

However, an American defense official said the weapons resembled those of other shipments interdicted bounded for the Houthis.

Based on interviews with the crew and material investigated on board, the sailors determined the vessel came from Iran, said the official, who spoke on condition of anonymity to discuss the ongoing investigation.

Tim Michetti, an investigative researcher who studies the illicit weapon trade, also said the shipment bore similarities to the others.

Yemen's war began in September 2014, when the Houthis seized Sanaa and began a march south to try to seize the entire country.

Security Council has imposed an arms embargo on the Houthis.

experts warn "an increasing body of evidence suggests that individuals or entities in the Islamic Republic of Iran supply significant volumes of weapons and components to the Houthis."