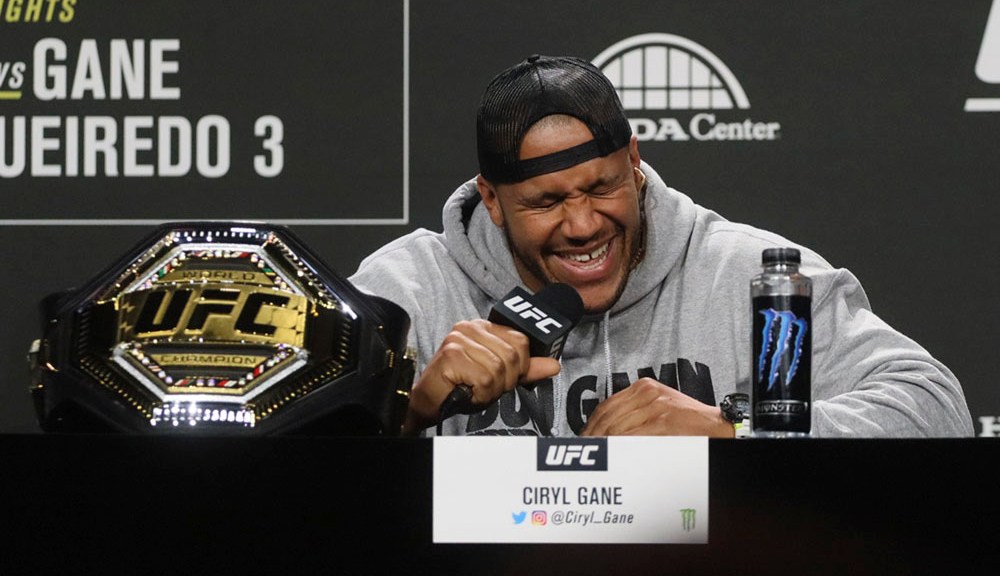 – For Francis Ngannou and Ciryl Gane, a lot of their beef might come down to a matter of semantics.

For example, Ngannou said Thursday he never was teammates with Gane – but that he already had moved from France to Las Vegas, and merely was passing back through MMA Factory in Paris when he happened to do some sparring with Gane.Similarly, they have a difference of opinion – and perhaps a difference of recollection – of a claim Ngannou (16-3 MMA, 11-2 UFC) made earlier this week that he knocked out Gane (10-0 MMA, 7-0 UFC) with a kick when they sparred.“He was knocked out, probably, because he doesn’t remember,” Ngannou said.

The problem with Francis is he doesn’t like technical sparring – (he likes) to make power.

When challenged to look him in the eyes and say he knocked him out with the kick, Ngannou ultimately said he can’t prove it because he doesn’t have the video tape – but said he respects Gane.And Gane said he’d like to see Ngannou respect him, then, publicly in front of the crowd.Breaking, Ciryl Gane, Francis Ngannou, UFC 270, video, Featured, News, UFC, Videos.

Francis Ngannou says he knocked out Ciryl Gane in training with a high kick: 'It was an accident'.

'I'm not the best guy': Ciryl Gane believes he must defeat Francis Ngannou before accepting label