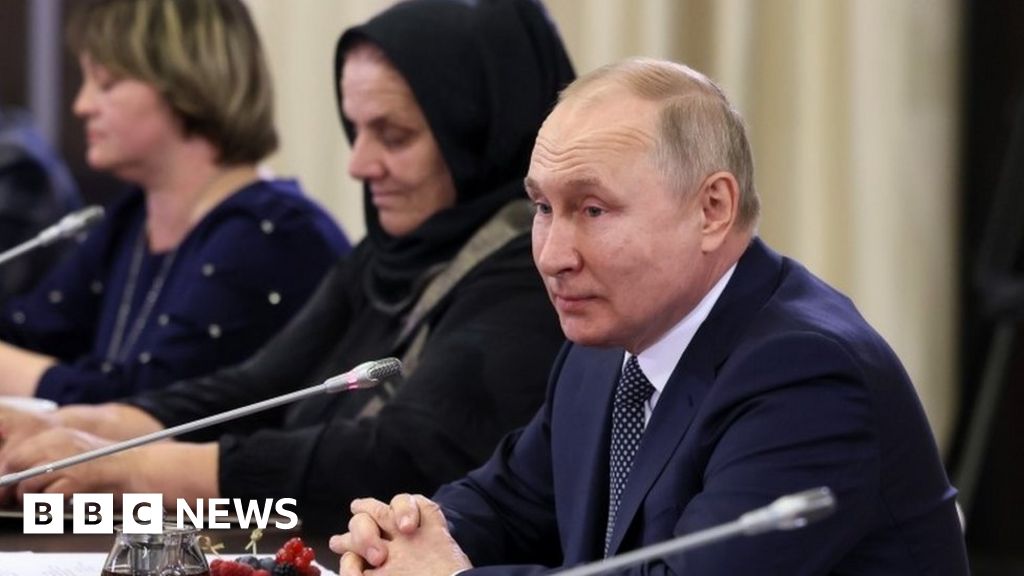 "We share your pain," Russian President Vladimir Putin has told a group of mothers of Russian soldiers who have been fighting - and some of whom have been killed - in Ukraine.Around 100,000 Russian and 100,000 Ukrainian soldiers have been killed or injured since the war began on 24 February, according to the most senior US general, Mark Milley.At Friday's meeting at his state residence near Moscow, Mr Putin was shown sitting at a large table with a group of 17 mothers."I want you to know that I personally, and all the leadership of the country, we share this pain," the president said.Mr Putin said he wanted to meet the mothers face-to-face to hear from them first-hand about the situation on the ground.And he revealed that from time to time he was speaking directly to Russian soldiers on the battlefield, describing them as "heroes".The women were from different parts of Russia, it said, with at least one from the self-proclaimed Luhansk People's Republic in eastern Ukraine, which Moscow declared annexed earlier this year.A member of the Kremlin-backed All-Russian Popular Front was also there as well as a participant of the Combat Brotherhood organisation, which collects humanitarian aid for Russian soldiers.

Some women have been appealing directly to President Putin, the commander-in-chief, to sort things out.

The "Putin meets mothers" event seems to be an attempt by the Kremlin to convince Russians that their president cares about the soldiers he's sending into battle, as well as their families."We understand nothing can replace the loss of a son, a child," Mr Putin said.On Friday, President Putin declared that "life is more complicated than what they show on TV or even on the internet".

7 Why some of your email is disappearing - Fox News