Unemployed in the US: 'I don’t know what to do' 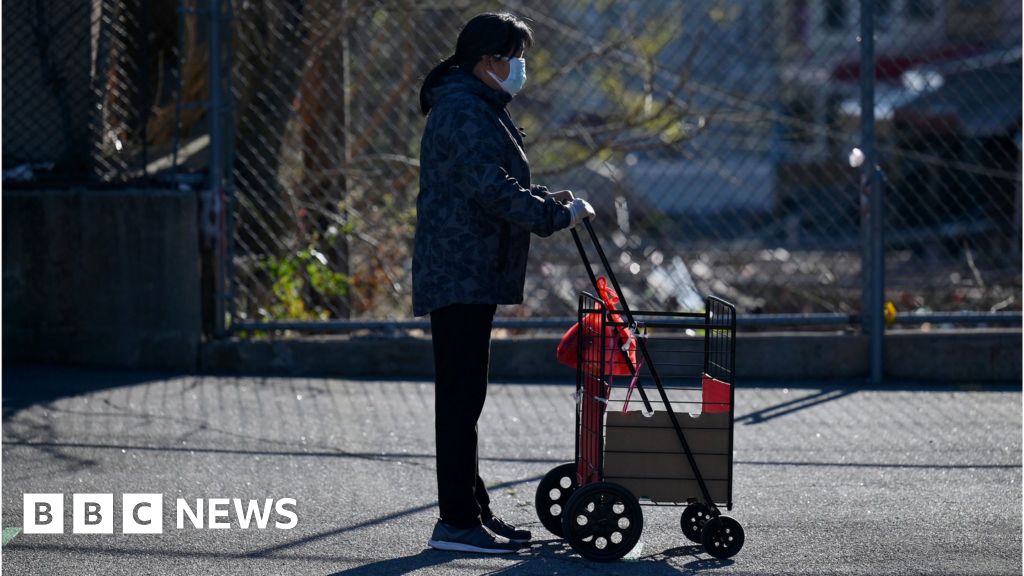 Dec 04, 2020 2 mins, 19 secs
In March, US lawmakers approved more than $2.4tn (£1.7tn) in economic relief for businesses and households, in an attempt to blunt the economic distress as the pandemic threw more than 20 million people out of work and unemployment rates spiked to nearly 15%.But support has been dwindling since the summer and several key programmes - including benefits for jobless gig workers and people out of work for more than six months - are due to expire at the end of December."For Congress to allow this many workers to be cut off … it's unprecedented," says Andrew Stettner, a senior fellow at The Century Foundation, a progressive think tank that estimated recently that more than 4 million people had already lost benefits and another 12 million could be cut off by the end of the year.Without action, "the short-term impact is going to be more economic deprivation," says James Sullivan, economics professor at the University of Notre Dame, whose research has found that roughly 7 million people have fallen into poverty since May, many of them African American, children and those without university degrees.After the 2007-8 financial crisis, Congress took steps to make it possible to collect nearly two years of unemployment benefits."It's frustrating because a lot of the people in Washington aren't hurting like we are so they don't understand how important it is for people who need it," she says.This week, with the end-of-December deadline looming, stimulus talks have appeared to revive, with discussion of a compromise bill - which got a nod of support from president-elect Joe Biden - that would extend unemployment assistance until the end of March, among other relief."I do think we are seeing them wake up," says Mr Stettner.Aside from unemployment, Democrats want money for state and local governments, while Republicans say legal protections for businesses from Covid-related worker lawsuits are essential.Even if lawmakers agree on a compromise, Mr Stettner says the measures under discussions are only enough to be considered stop-gap solutions."For me personally, it is something that I have not seen before," says 32-year-old Stephanie Freed, a New York-based production electrician and lighting designer for live entertainment who has been out of work since late February and started an organization to lobby Congress on the issue this summer.Derrick Cisneros, who worked as a behavioural therapist in California until March, says he is struggling to make it on the $300 unemployment cheque he receives every two weeks, forcing him to lean on his roommate and family for assistance."I'm late on some payments and I hate asking people for money so I try to save every penny that I get," the 35-year-old says?
source :- BBC News
1. Impeached twice and still no wall, Mr. Trump goes from Washington Jan 19, 2021 # breaking 1 min, 6 secs 2. Elon Musk said it was 'Not a Flamethrower.' Jan 19, 2021 # breaking 2 mins, 31 secs 3. Hillsdale’s Dr. Matthew Spalding: ‘Claim of America Being by Nature Racist’ Is ’One-Sided History’ Jan 19, 2021 # breaking 1 min, 37 secs 4. President Donald Trump Delivers Farewell Address: 'I Took On the Toughest Battles' Jan 19, 2021 # breaking 50 secs 5. Trump, in farewell address, says movement ‘only just beginning’ Jan 19, 2021 # breaking 45 secs 6. President Trump releases farewell message on eve of White House departure Jan 19, 2021 # breaking 53 secs 7. The American republic’s near-death experience Jan 19, 2021 # breaking 6 secs 8. Trump, pregate per successo amministrazione Biden - Ultima Ora Jan 19, 2021 # breaking 9 secs 9. Ontario premier pleads with incoming Biden administration for COVID-19 vaccine help Jan 19, 2021 # breaking 30 secs 10. Analysis: Trump leaves America at its most divided since the Civil War Jan 19, 2021 # breaking 4 mins, 56 secs 11. Tucker: Democrats using military to send 'power' message to America Jan 19, 2021 # breaking 2 secs 12. Trump's legacy will take years to purge from the American psyche Jan 19, 2021 # breaking 1 min, 28 secs 13. How Trump allies stoked the flames ahead of Capitol riot Jan 19, 2021 # breaking 5 mins, 22 secs 14. National Cathedral Sermon: American Exceptionalism Is White Supremacy Jan 19, 2021 # breaking 1 min, 3 secs 15. LA Times says Biden wants to 'Make America California' Jan 19, 2021 # breaking 2 secs 16. On MLK Day, Biden volunteers, Trump adds names to his 'Garden of American Heroes' Jan 18, 2021 # breaking 1 min, 27 secs