Vast volcanic eruptions may have turned Venus from paradise into hell - Space.com

Vast volcanic eruptions may have turned Venus from paradise into hell - Space.com 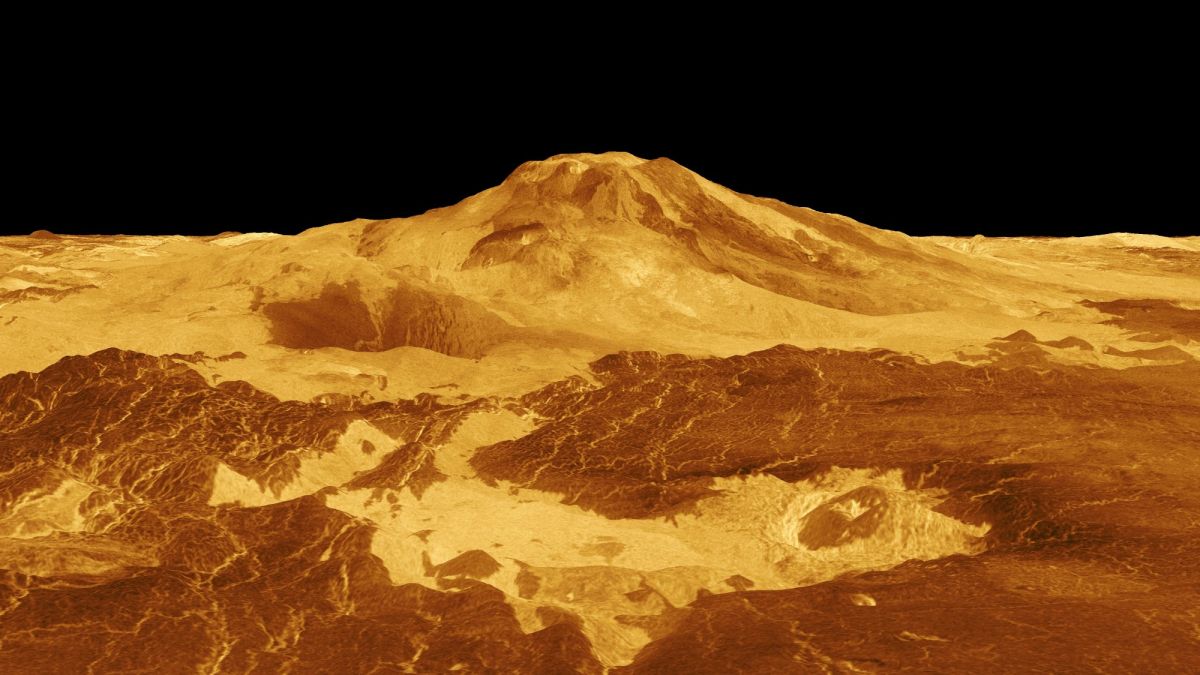 Earth may have had a lucky escape from the volcanism that transformed Venus.Massive global volcanism that covered 80% of Venus' surface in lava may have been the deciding factor that transformed Venus from a wet and mild world into the suffocating, sulfuric, hellish planet that it is today.The surface temperature on Venus is a sweltering 867 degrees Fahrenheit (464 degrees Celsius), hot enough to melt lead, and there's a crushing pressure of 90 atmospheres underneath the dense clouds of carbon dioxide laced with corroding sulfuric acid.

In their latest paper, he and his team argue that Venus' volcanism could have ultimately been what pushed the planet over the edge by sending vast amounts of carbon dioxide — as we know, a potent greenhouse gas — billowing into Venus' atmosphere.

In the 1990s, NASA's Magellan spacecraft radar-mapped the surface of Venus, which is otherwise obscured by the planet's dense atmosphere, and found that much of the surface was covered in volcanic basalt rock.

Such "large igneous provinces" are the result of tens of thousands, if not hundreds of thousands of years' worth of massive volcanism that occurred at some point in the past billion years. .

In particular, several of these events coming in the space of a million years, perhaps, and each covering hundreds of thousands of square miles or kilometers in lava, could have endowed Venus' atmosphere with so much carbon dioxide that the climate would have been unable to cope.The frequency with which massive volcanic events forming large igneous provinces have occurred on Earth implies that it is likely that several such events could have occurred on Venus within a million years.

So-called "super-volcanoes" have been connected to numerous mass-extinction events on Earth over the past half-a-billion years.

For unknown reasons, similar volcanic events on Venus were much more widespread and instigated a runaway greenhouse effect that transformed the planet.

Meanwhile on Earth, the carbon-silicate cycle that acts as the planet's natural thermostat, exchanging carbon dioxide and other greenhouse gases between the mantle and the atmosphere over millions of years, was able to prevent Earth from following the same path as Venus.

1 How Far Should You Walk to Improve Your Health? You Won't Like the Answer. - Barron's

9 What is strep A and what are the symptoms? - BBC

11 8000 living with AIDS in Trinidad and Tobago - TT Newsday

14 Americans vote with their feet to find ideological safe spaces