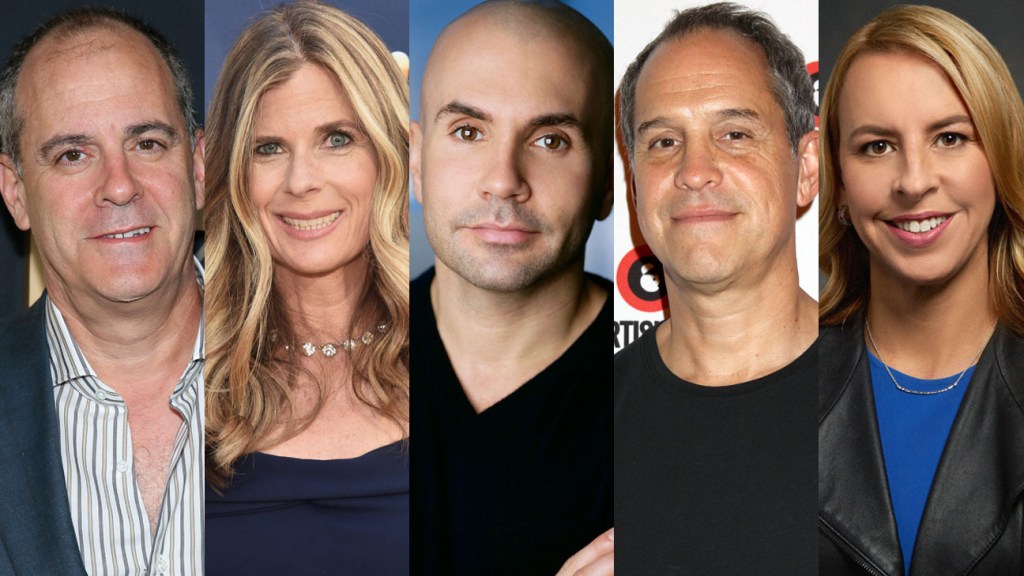 Giles will become chief programming officer of streaming, a newly created role in which she will oversee strategy at Paramount+ and Pluto TV with a focus on audience acquisition and engagement.

Bruce Gillmer, president of music, programming and events, will also have a content chief title for the same role at Paramount+.

Nevins, who was chief creative officer at CBS and CEO at premium cabler Showtime, will relinquish his role with the broadcast network and now serve as chief content officer of scripted originals for Paramount+.

Paramount Television Studios president Clemens will continue to serve in the same capacity while also working alongside Nevins as president of original scripted content at Paramount+.

Clemens, a former agent, manager and FX executive, had been rumored to be adding Paramount+ originals to her purview after Julie McNamara departed the streamer formerly known as CBS All Access (it was rebranded earlier this year in a bid to reflect content from across ViacomCBS’ entire portfolio).

Clemens will report to Nevins for Paramount+ and continue reporting to Gianopulos for PTVS.

Robbins, president of kids and family, will add content chief for the same area for the streamer.

As part of the realignment, Kelly Day — who has been president of streaming and COO at ViacomCBS Networks International, will work with Giles and the content leaders on the global content slate for the streamer.

McCarthy and his top lieutenant, Keith Cox, sources say, will also continue to oversee all of Taylor Sheridan’s originals for the company.

Robbins — who was president of ViacomCBS Kids & Family — will continue to oversee Nickelodeon and all kids programming across the company’s portfolio.

The ViacomCBS structure means the streamer will now be overseen by a content group rather than a dedicated executive as ViacomCBS looks to further grow the SVOD service to better represent its well-known brands.

What remains to be seen is if ViacomCBS will combine its multiple streamers — Showtime’s OTT offering, BET+ (a joint venture with Tyler Perry) and Paramount+ as well as free streamer Pluto TV — into one single offering.

Since taking over the studio, which has been a top content supplier to Paramount+ while also serving as an arms dealer to third-party outlets, Clemens has overseen a roster of originals including 13 Reasons Why, Defending Jacob, Home Before Dark and Looking for Alaska.