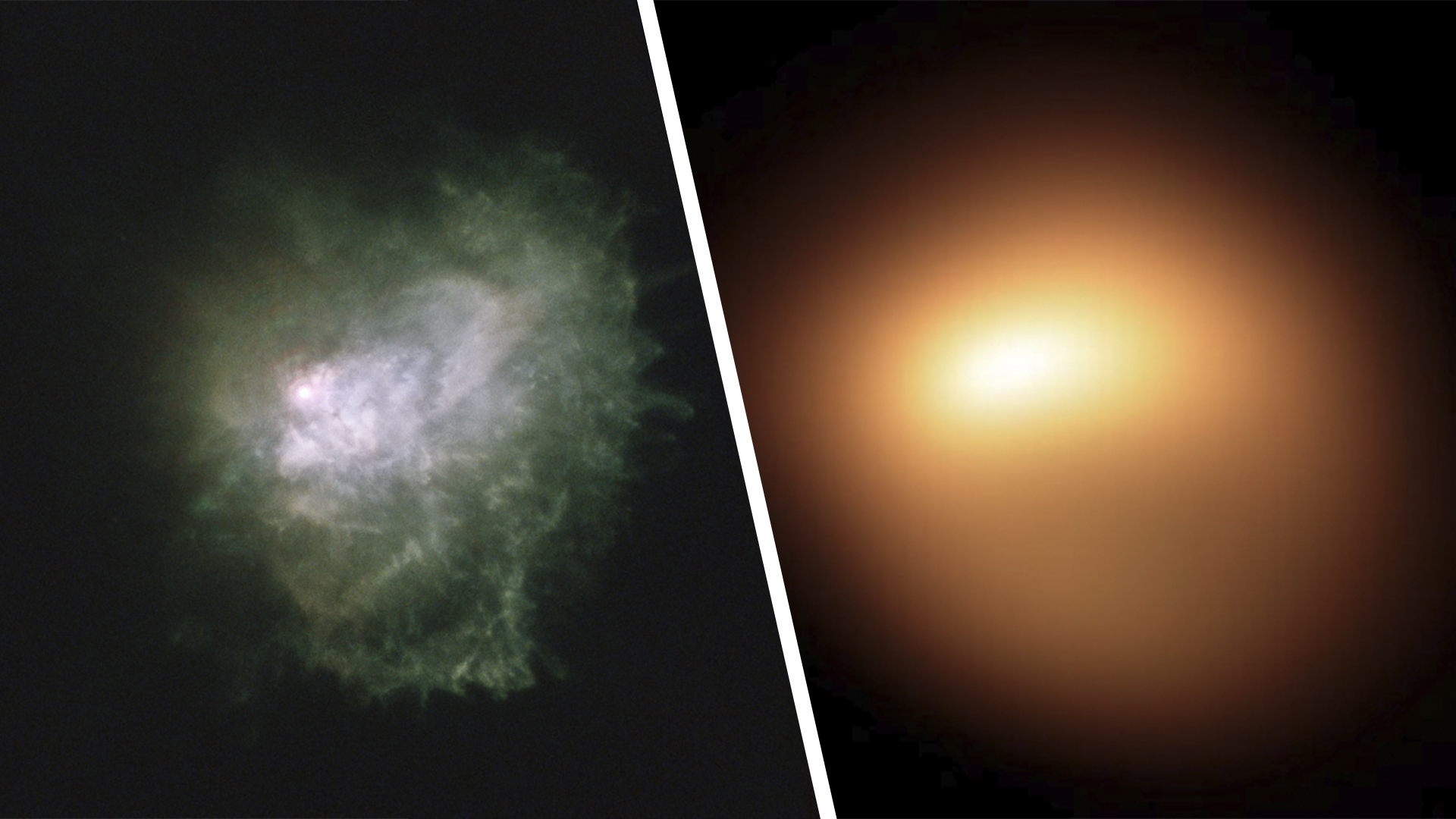 Apr 15, 2021 5 mins, 5 secs
March 31, 2021.April 7, 2021.April 5, 2021April 12, 2021April 7, 2021In the southern hemisphere, in the constellation Canis Major, lies a very young, very massive red hypergiant star called VY Canis Majoris (VY CMa)A pulsating variable, its apparent magnitude (how bright it appears in the night sky) varies unpredictably.  It is located 1.2 kiloparsecs, or approximately 3,900 light years, from Earth, is only 8.2 million years old, and is one of the largest stars known to existIt is also one of the brightest stars known in the Milky Way galaxy, being 350,000 times more luminous than the Sun.  Yet for the last 220+ years, we have not been able to see it with the naked eye since a dimming event in the late-1800s that the star has never visually recovered fromThe first (surviving) observation in 1801 gave the star an apparent magnitude just at or near +6.5 — barely (depending on atmospheric conditions) visible to the naked eye.  This was calculated by eye, and photographic plates to confirm the apparent magnitude did not exist at the timeOther recorded observations from 1830 and a cluster around 1848-1850 returned similar +6.5 apparent magnitude observations — with even a few estimates closer to +6, indicating a potential, slight brightening of the starA 20 year gap into the early 1870s then exists.  But it’s in the 1870s data that things really start to get interesting.  Huge swings in apparent magnitude appear, rapid fluctuations from +6.5 down to +8 (too faint to be seen with the naked eye)These wide swings continued throughout the 1870s.  But after each major dimming event, VY Canis Majoris returned more or less to an apparent magnitude of +6.5✔️ MYSTERY SOLVED: Like red supergiant star Betelgeuse, astronomers sought to explain why red hypergiant VY Canis Majoris varied in brightnessObservations in the 1880s showed a potentially steady apparent magnitude of +7.3, but records are sparse.  By the 1890s, near continuous observation of the star began.  And two big things stand out in the data:So what has caused all these dimming events?  What happened in the 1880s that caused the star to not recover as it has from every other dimming event?  And don’t these dimming and brightening events sound familiar in terms of Betelgeuse’s dimming surprise of 2019/2020But first, to understand the observed dimming events of VY Canis Majoris, we must look at the clumps, knots, and arcs of ejecta material at the heart of Humphreys et al.’s recent workAs seen in the above image, the inner knot, which is estimated to have been ejected from VY CMa 30-35 years ago (light time received at Earth) corresponds to the 1987 and 1992 dimming events.  Likewise, the S knot B and W1 knot C’s calculated ejection times overlap with each other and correspond to the 1870s dimming events (and are likely linked in terms of time of ejection to the major event from which VY CMa has not visually recovered in apparent magnitude)As the ejection events begin, a large cloud of material is violently thrown from the star — blocking some of its light from reaching Earth.  The greater the event in terms of material, the more significant the dimming event appearsArtist’s impression of hypergiant star VY Canis Majoris with its vast convection cells and violent ejectionsThe speed at which the material travels away from the star, calculated to be between 20-30 km/s−1, causes the material to quickly move out of the direct line of sight to VY CMa — thus explaining why the star dims and then recovers to its previous apparent magnitudeSo then what happened in the 1880s that caused the star to not recover as it has from every other dimming event

noted in their paper, “The most interesting period may be 1870-1880 and the post-1880 fading from which VY CMa has not recovered.  S knot B and W1 knot C plus possibly the W2 knot have ejection ages that correspond to this period.  Their different locations and orientations with respect to the star suggest that surface activity occurred over much of the star with separate outflows in different directions lasting at least 10 years.  The major dimming of the star after 1880 by one or more magnitudes is very likely the origin of the present obscuration of the central star.”