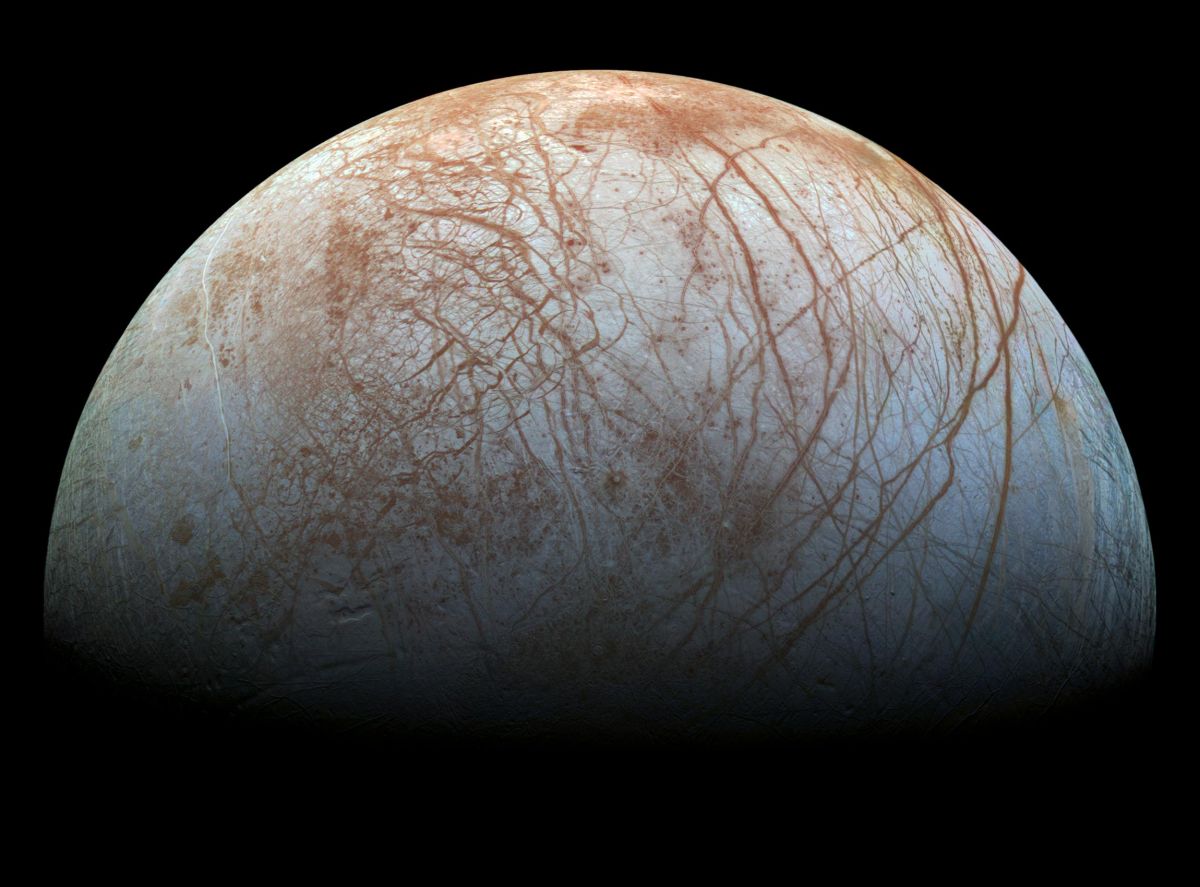 Oct 18, 2021 1 min, 6 secs
NASA's Hubble Space Telescope has spotted water vapor on Jupiter's ocean moon Europa, potentially revealing new clues about icy satellites in our solar system and beyond.Hubble had previously detected water vapor on Europa — in apparent plumes that arise sporadically and temporarily extend perhaps 120 miles (200 kilometers) into space from the moon's icy shell, which overlies a huge, buried ocean of liquid water.Lorenz Roth, a researcher at the KTH Royal Institute of Technology in Stockholm, Sweden, analyzed archival ultraviolet observations of Europa that the Hubble Space Telescope made with its Space Telescope Imaging Spectrograph instrument in 1999, 2012, 2014 and 2015. .This analysis revealed the existence of significant amounts of water vapor on Europa's trailing hemisphere — the one that faces away from the moon's orbital path around Jupiter.Roth and colleagues recently used a similar technique to spot water vapor on fellow Jupiter satellite Ganymede, the largest moon in the solar system."The observation of water vapor on Ganymede, and on the trailing side of Europa, advances our understanding of the atmospheres of icy moons," Roth said in a statement!

"However, the detection of a stable water abundance on Europa is a bit more surprising than on Ganymede because Europa's surface temperatures are lower than Ganymede's.".