‘We must educate healthcare providers’ about Black women’s experience 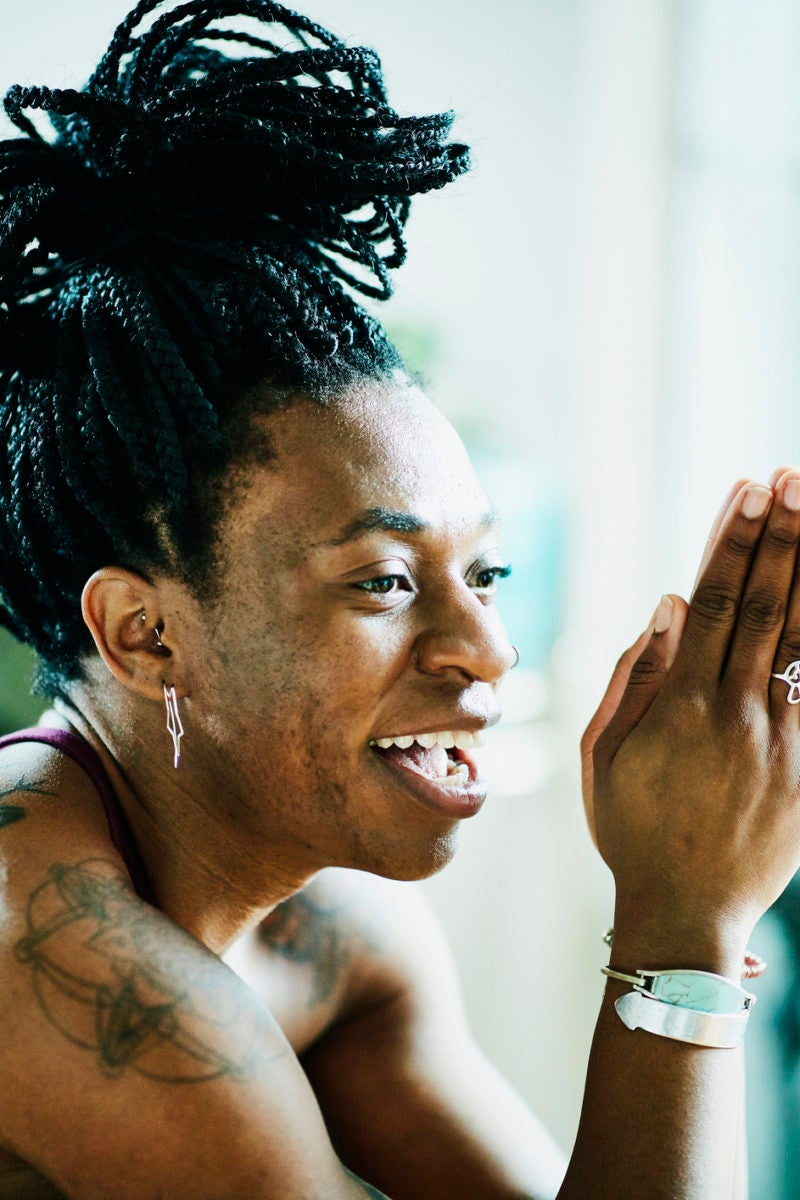 Jul 31, 2020 6 mins, 39 secs
Cheryl Giscombé, an expert on stress-related health disparities among African Americans, about a source of pressure that many African American women experience: the obligation to project an image of strength or that of fulfilling a ‘superwoman’ role.

“Researchers have suggested that health disparities in African American women, including adverse birth outcomes, lupus, obesity, and untreated depression, can be explained by stress and coping.

The Strong Black Woman/Superwoman role has been highlighted as a phenomenon influencing African American women’s experiences and reports of stress.” .

Giscombé — who is the Melissa and Harry LeVine Family Professor of Quality of Life, Health Promotion and Wellness at the University of North Carolina at Chapel Hill — in an attempt to find out more about how this role affects Black women. .

Giscombé — who is also a social and health psychologist and a psychiatric-mental health nurse practitioner — about her past and current research, and how she developed the superwoman schema.

We also talked about how the superwoman role affects the mental (and physical) health of African American women, whether there are any benefits to the role, and what are some interventions that could help offset its adverse effects — both on an individual and a societal level.?

Prof. Giscombé:  Yes, thank you for asking. So, the superwoman schema is a conceptual framework that I developed based on research with African-American women across various age groups and educational backgrounds to understand better how to conceptualize stress and coping in African American women. .

I was quite concerned when I saw that there seemed to be inadequate measures, inadequate ways to evaluate stress that were often void of the gender and/or race-specific nuances that may influence how African American women experience and cope with stress. .

So, through qualitative research with African American women, the superwoman schema conceptual framework was developed, and we identified [its] five characteristics:.

The superwoman schema is a conceptual framework. […] When I talked to people, they were generally talking about the characteristics that I described. But, from the research, we also identified antecedents and motivations for it — because it’s not like women just woke up one day and decided, “I’m going to feel obligated to do these things.”.

They talked about how showing your emotions could be seen as a sign of weakness and make you more vulnerable, how asking for help could make you be disappointed. Because, first of all, when we ask for help, people may then want you to do a favor for them and not a good favor — you know how people do take advantage of you if you let them help you?.

So, there were a number of reasons [for taking on the superwoman role], including historical oppression, gender- and race-related oppression and abuse. Many of the [women] talked about a history of experiencing verbal, physical, and sexual abuse.).

And they felt that there was some obligation and responsibility to perform [or behave] in these ways or to believe these things and then act upon them based on what they saw going on in their community — their relationships with men, protecting their children, [and} being the “backbone” of the African American community.

But when I interviewed women, [it was interesting to see] how they talked about it.

But if your loved ones are, we found that Black women who report that their loved ones are experiencing stressors [are] carrying those stressors and responding to them emotionally as if it’s their own stress.

Amani Allen [from the] University of California, Berkeley, and we looked at superwoman schema and allostatic loads — so, risk factors for cardiometabolic conditions — and we looked at it in the context of exposure to racism, [and the research revealed that] strength could be protective in certain situations. .

We need to do more work in this area, but we are learning that it’s not all similar, and we’ll be doing more work to test what I just suggested — looking at the combination of different characteristics to see what might actually make women most vulnerable and in what context. .

So, we don’t want to take it all away; we just want to help women — if they had those [superwoman characteristics] at appropriate times, but they engage in self-care […], maybe that’s the [missing] piece.

Like, okay, say you do these things when appropriate, yet you also make time to exercise, meditate, eat properly, take time away from being a caregiver, put that role down from time to time — will that be what [offsets] superwoman schema characteristics [and not make them turn into] risk factors for mental health, distress, or other chronic health issues.

So, we’re looking at that, and it’s really exciting, and we’re trying to tailor it specifically for African American women.

Do you think some aspects of the superwoman schema might explain why some women are less likely to seek or receive treatment for conditions like PPD? .

Marci Lobel (in addition to stress and cardiovascular outcomes) but in my doctoral program that is exactly what inspired me to do this work on superwoman schema — trying to understand why African American women have stress-related birth outcomes and why the disparity continues to exist among higher educated, higher-income women.

Sometimes, people don’t even know that higher SES Black women exist, number one, and they might assume that once you’re higher SES, then you don’t have these issues.

I came across literature and articles in Essence magazine, for example, where I saw this type of superwoman — what I now call superwoman schema — described in words shared by Black women

[J]ohn Henry-ism is also a factor that has been explored in Black men and also Black women — of course, Black men also experience similar phenomena […]

And we’ve unfortunately recently seen [i]n the media, [stories] about African American women who’ve lost their lives because of the treatment that they received in perinatal care

So, we have to educate Black women and their families also — because that’s another thing; if Black women are educated, and they start taking better care of themselves, their families need to also understand that there may be a new attitude happening — but we must also educate healthcare providers — nurses, physicians, nurse practitioners, psychologists, physicians assistants, speech and respiratory therapists, social workers, and other professionals.