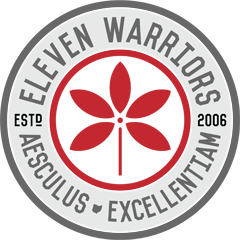 Oct 16, 2021 3 mins, 24 secs
With Ohio State off this week, let's take a look at a host of other college football matchups from around the country we’ll have our eyes on this Saturday.

Now, Texas teeters on the outset of the top 25 and will search for a bounce-back performance against yet another standout team from the state of Oklahoma.

Buckeye fans searching for an OSU stand-in this weekend should look no further than the Cowboys of Oklahoma State.

Despite a slow start that included three wins by a total of 13 points, Oklahoma State currently enjoys an undefeated record and will not have to face off with its in-state rival until the end of the regular season.

The key matchup in this game will no doubt be Texas' dynamic and electric running back Bijan Robinson working against the Oklahoma State run defense that currently ranks among the best in college football.

Last week, Robinson found little room to operate in the second half of the Longhorns' loss, but he did also have one of the best touchdown runs college football fans will see all season.

In addition to the second half last week, Robinson also didn’t get much going in Texas' other loss to Arkansas – a team that features a similarly stingy rushing defense to that of Oklahoma State.

The Cowboys have only allowed 2.8 yards per carry, fewer than 90 rushing yards and only five rushing first downs per game this season to rank in the top 10 for FBS teams in all of those categories.

The Bulldogs briefly fell behind in their game last week with Auburn when the Tigers opened the contest with a 17-play drive that led to a field goal. However, Georgia went on to score the next 24 points and ultimately won by the same margin.

Yes, apparently Stetson Bennett – the quarterback of this week's new number one team in college football – already has a nickname.

The Bulldogs currently have the only defense in college football that ranks in the top five for both rushing and passing yards allowed per game.

The Cougars failed to come back against Boise State at home last weekend after giving up 23 straight points. Now, the lads from Provo will seek to rebound versus a Baylor team that had its own run in the polls disrupted by Oklahoma State just two weeks ago.

Though Baylor's current backbone remains its rushing attack, its passing game finally picked up some slack last week against West Virginia when quarterback Gerry Bohanon threw for over 300 yards and four touchdowns.

Jaren Hall returned from injury last week to play for the first time since BYU’s win over Arizona State, but it is fair to wonder if the Cougars' field general was truly healthy.

Both teams enter this game with 5-1 records. That makes this meeting a crossroads game of sorts for both teams with respect to remaining among the relevant forces of college football as the season reaches its midpoint.

The Wolfpack's upset of Clemson that rocked the balance of the ACC Atlantic only three weeks ago still dances freshly in the memories of N.C. State and Ohio State fans alike

Coming out of a bye week off of a motivating defeat, Jeff Hafley will have Boston College ripe for a bounce-back opportunity

Poetically, the Falcons will face off against a Boise State team making its Viewing Guide debut this season fresh off its road upset of a top-10 BYU team

The Broncos enter this contest as the slight favorites according to Vegas, which is interesting given how Boise State matches up with the Air Force offensive attack

Even so, Boise State's run defense ranks roughly in the bottom third of college football with respect to total yards surrendered per game. That could be an issue facing off with an Air Force ground operation that leads the nation with more than 340 rushing yards per contest

At the moment, Air Force also fittingly controls the skies by allowing the third-lowest completion percentage (48.61%) and 12th-fewest passing yards per game (176.0) in college football