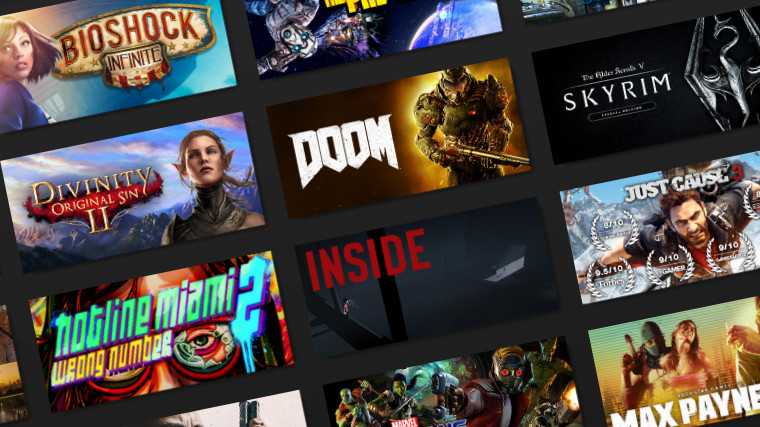 The Yogscast's yearly Jingle Jam charity bundle has returned with a massive haul of games, this time offering almost 90 titles to grab for a single price: £35 (about $42)The games include A Total War Saga: Troy, Age of Wonders: Planetfall, You Suck at Parking, Men of War: Assault Squad 2, Plague Inc: Evolved, PlateUp!, The Turing Test, Chroma Squad, Absolute Drift, Deponia: The Complete Journey, Warhammer 40K: Gladius - Relics of War, Viscera Cleanup Detail, and much moreThe 2022 Jingle Jam charity event will run for two weeks until December 14, with the collection having 100,000 packages of games to offer for donating parties, all as Steam keysWhile Humble Store already has a packed virtual reality games bundle running from previous weeks, it introduced yet another one yesterdayThe Premier VR Bundle has two tiers, starting with Arizona Sunshine, DOOM VFR, Cave Digger 2, and Bean Stalker for $10

Going up to the $25 tier adds on After the Fall, Cosmonious High, and Vox Machinae to the list of games you get

At the same time, Fanatical also brought another one of its Platinum Collections this week, letting you be the one who picks and chooses what games you get

Paying $6.99 lets you choose any two games from the selection, $9.99 gets you three, and $14.99 gets you five picksEpic Games Store's giveaway refresh brought along two more items to add to your library this week, offering copies of Fort Triumph and RPG in a BoxFort Triumph offers you a turn-based tactics game set in a fantasy setting, offering procedurally generated maps to take over with additional base building elements

Meanwhile, RPG in a Box is an accessible game creation toolkit with a map and voxel editor, visual scripting, combat systems, and more, all usable without requiring any programming skills

The double giveaway will last until December 8, and Epic is planning to put up Saints Row IV Re-Elected and Wildcat Gun Machine as the next freebies on the same dateOne of the most packed free event weekends has landed to kick off December, and the offerings will be especially appealing to first-person shooter fansKicking things off is Battlefield 2042, with EA offering its latest large scale warfare title to try out for free until December 5 via Steam

At the same time, Ubisoft has brought another free week promotion to Rainbow 6 Siege, with the tactical shooter available to try out until December 7

Hell Let Loose is another large-scale shooter that's free-to-play this weekend, with this one taking you to World War Two for 100-player hardcore action

Also, free-to-play this weekend is the multiplayer social horror game Secret Neighbor and the prop hunt experience Witch It

Autumn sales wound down earlier in the week, but weekend discounts are already up and running with scores of interesting grabs

There's not much time left before the next major sale kicks off, though, with the Steam Winter Sale opening its doors in just three weeks to finish off the year

Over in the DRM-free side, the weekend carries metroidvania and fantasy specials on the GOG storeAnd that's it for our pick of this weekend's PC game deals everyone, and hopefully, some of you have enough self-restraint not to break the bank adding new games to your ever-growing backlogs

Of course, there are an enormous number of other deals ready and waiting if you comb through the interwebs hard enough, so keep your eyes open for those, and have a great weekend

3 Don't miss out on symptoms of thyroid in your feet - Indiatimes.com

4 Ever wanted to see the northern lights? You can do so in Idaho. Here's when, how to watch - East Idaho News