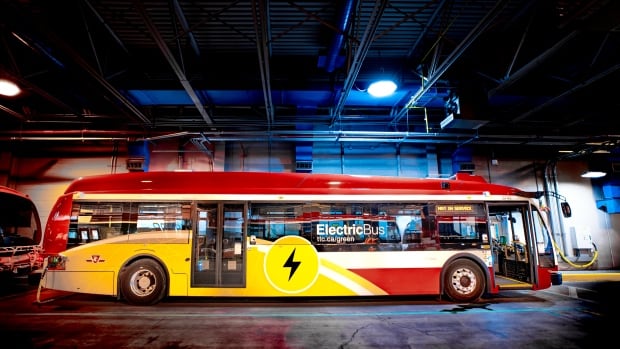 Dec 01, 2020 2 mins, 14 secs
Toronto's transit system is now running 59 electric buses from three suppliers.Emissions reductions are the main reason the federal government aims to add 5,000 electric buses to Canada's transit and school fleets by the end of 2024."You are seeing  huge movement towards all-electric," said Bem Case, the Toronto Transit Commission's head of vehicle programs.In fact, Case said, there are only three manufacturers that make suitable long-range buses — the kind needed in a city the size of Toronto.But the biggest challenge of all, Case said, is getting the infrastructure in place. .Besides the infrastructure cost of chargers, each electric bus can cost $200,000 to $500,000 more per bus than an average $750,000 diesel bus. .As with many new technologies, the cost of electric buses is also falling over time.Case expects they will eventually get to the point where the total lifecycle cost of an electric and a diesel bus are comparable, and the electric bus may even save money in the long run.Even with some diesel heating, the TTC estimates electric buses reduce fuel usage by 70 to 80 per cent.

If its whole fleet were switched to electric buses, it could save $50 million to $70 million in fuel a year and 150 tonnes of greenhouse gases per bus per year, or 340,000 tonnes for the entire fleet.