What happens after Omicron? Some experts predict a lull but say the virus could have more tricks up its sleeve - The Boston Globe 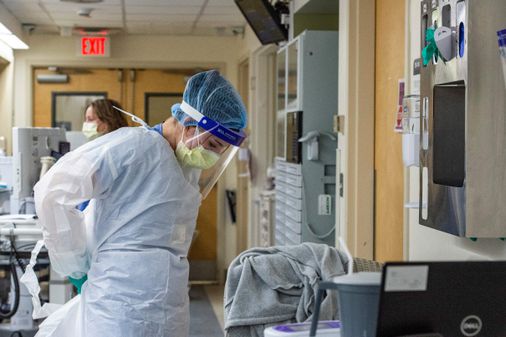 Jan 20, 2022 2 mins, 24 secs
The surge fueled by the Omicron variant will likely fade in the weeks ahead in the United States, experts say, and encouraging case declines have already emerged in Massachusetts and other states in the Northeast.

Some experts are expecting a lull in the pandemic followed by a decline in the severity of future waves.

But many also warn that it’s hard to predict where the pandemic will go next — and a new variant could throw everything into doubt.

“I think we should be optimistic about where we are, because we have learned a lot about vaccines, we have new drugs that are available, and we have now public health tools that we know work well,” he said in a media briefing Tuesday.One possible scenario is that the Omicron surge will subside and be followed by a pandemic hiatus of sorts, because of the large number of people who will have been infected, vaccinated, or both.“I think we’re going to go through a pretty quiet period,” said Matthew Fox, a professor of epidemiology and global health at Boston University School of Public Health, with previous infections and vaccinations creating a “wall” against the virus.Once it’s swept past, the Omicron surge could also make future pandemic waves less intense, some experts argue.

And that counts toward making Covid-19 a more manageable illness, since the layers of immunity may provide protection against future waves and variants,” William Hanage, an epidemiologist at the Harvard T.H.

Chan School of Public Health and a co-director of its Center for Communicable Disease Dynamics, suggested Wednesday in a New York Times op-ed.

“No one should confidently assert that Omicron signals the end of the pandemic, but we should be confident that future surges of infections, whether with Omicron or whatever variant comes next, will make fewer of us seriously ill than they would have before,” he asserted.Christopher Murray, director of the University of Washington Institute for Health Metrics and Evaluation, sounded an even more optimistic note Wednesday in a commentary in the journal The Lancet.

“After the omicron wave, COVID-19 will return but the pandemic will not,” he said.