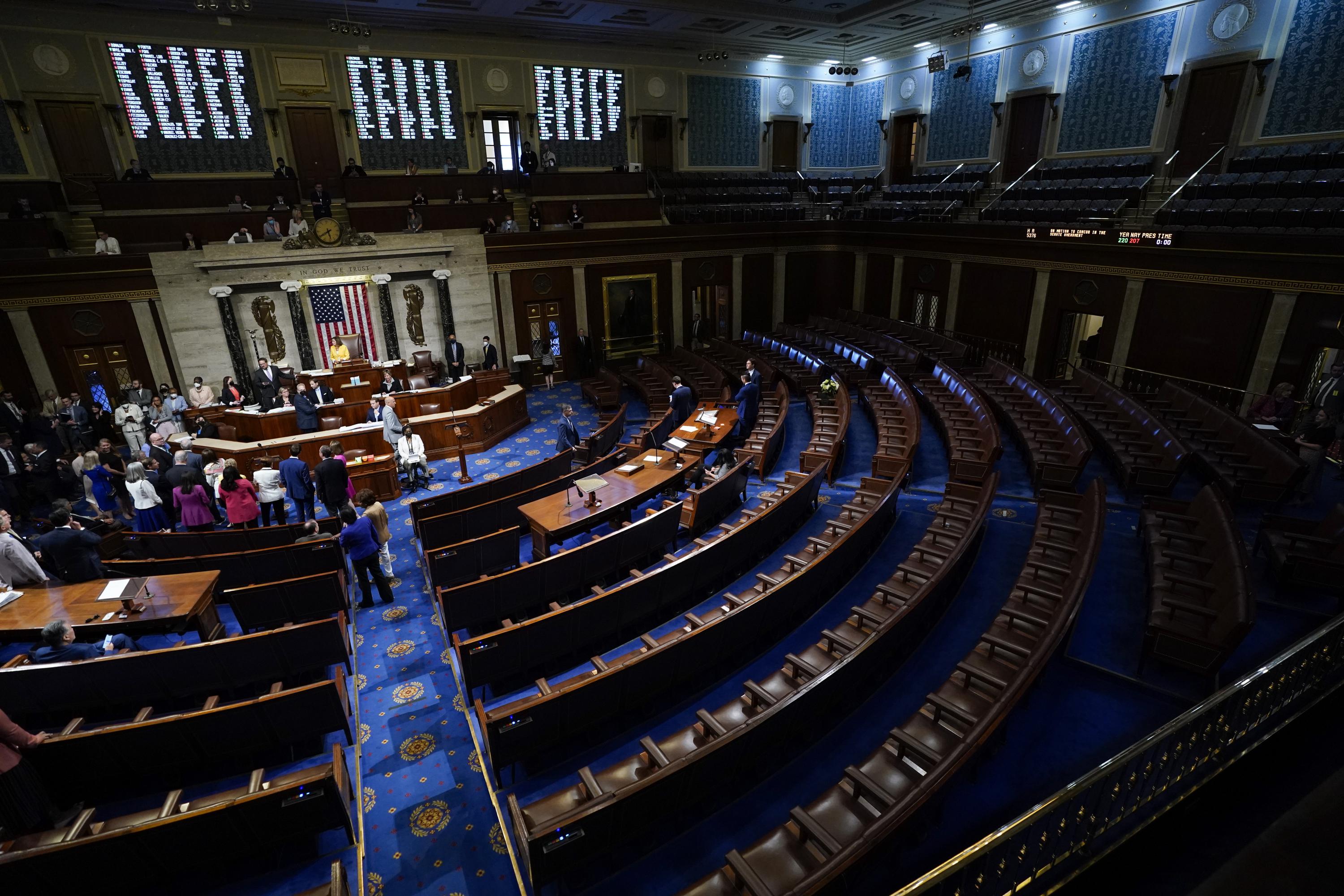 Republicans deride the 730-page bill as big government overreach and point particular criticism at its $80 billion investment in the IRS to hire new employees and go after tax scofflaws.Not as robust as Biden’s initial ideas to rebuild America’s public infrastructure and family support systems, here’s what’s in the estimated $740 billion package — made up of $440 billion in new spending and $300 billion toward easing deficits.Launching a long-sought goal, the bill would allow the Medicare program to negotiate some prescription drug prices with pharmaceutical companies, saving the federal government some $288 billion over the 10-year budget window.The bill would infuse nearly $375 billion over the decade in climate change-fighting strategies that Democrats believe could put the country on a path to cut greenhouse gas emissions 40% by 2030, and “would represent the single biggest climate investment in U.S.For businesses, the bill has $60 billion for a clean energy manufacturing tax credit and $30 billion for a production tax credit for wind and solar, seen as ways to boost and support the industries that can help curb the country’s dependence on fossil fuels.The new corporate minimum tax would kick in after the 2022 tax year and raise more than $258 billion over the decade.There will also be a new 1% excise tax imposed on stock buybacks, raising some $74 billion over the decade.Savings from allowing Medicare’s negotiations with the drug companies is expected to bring in $288 billion over 10 years, according to the non-partisan Congressional Budget Office.

The bill proposes an $80 billion investment in taxpayer services, enforcement and modernization, which is projected to raise $203 billion in new revenue — a net gain of $124 billion over the decade.

With some $740 billion in new revenue and around $440 billion in new investments, the bill promises to put the difference of about $300 billion toward deficit reduction.The package, nowhere near the sweeping Build Back Better program Biden once envisioned, remains a sizable undertaking and, along with COVID-19 relief and the GOP 2017 tax cuts, is among the more substantial bills from Congress in years

7 Marilyn Monroe Net Worth Before Death: Who Inherited Her Estate? - STYLECASTER