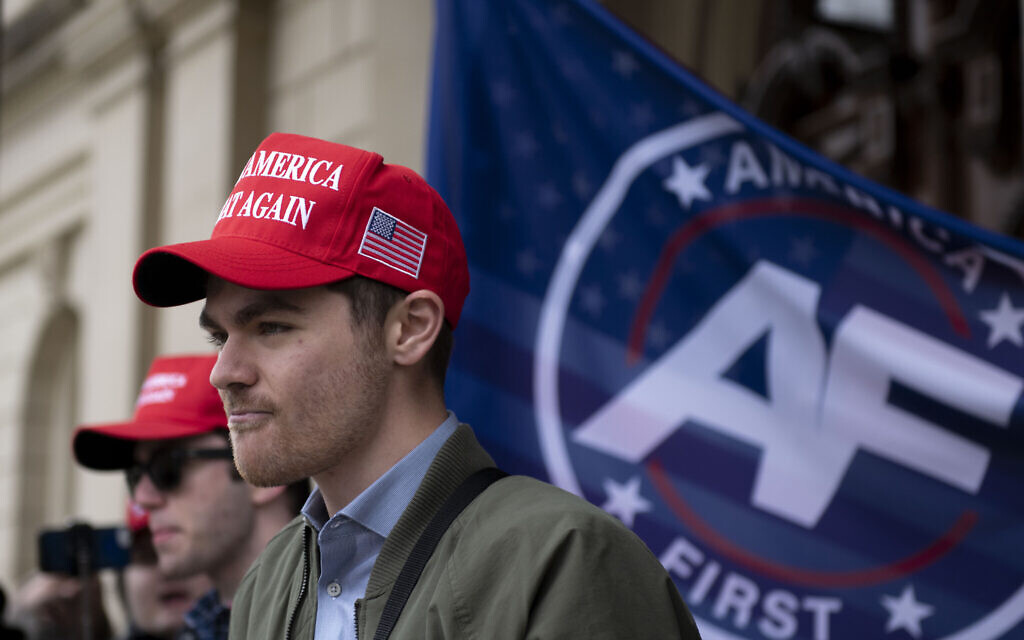 The White House condemned Donald Trump Saturday after the former president met at his Florida estate with a renowned Holocaust revisionist and with rapper Kanye West, who is embroiled in a storm over antisemitic remarks.Trump acknowledged having dinner with West, who now is known as Ye, on Tuesday night at Mar-a-Lago and said he brought along friends, one of whom was Nick Fuentes, an outspoken antisemite and racist.White nationalist Christian fascist Nick Fuentes went on a rant against "world Jewry," calling Jews a "hostile tribal elite" who worship the Devil and have established an "anti-Christ" nation in Israel: "Who else would be leading the insurrection against the true kingdom?" pic.twitter.com/i4mP7lI4jj.David Friedman, who was Trump’s former ambassador to Israel, blasted the dinner at Mar-a-Lago.“Even a social visit from an antisemite like Kanye West and human scum like Nick Fuentes is unacceptable,” Friedman said in one of several tweets.The Axios news site cited a source familiar with the dinner who said Trump “seemed very taken” with Fuentes even though he didn’t seem to know anything about his background.

West said after the meeting that Trump was “really impressed” by Fuentes.

Trump, in a series of statements Friday, said he had “never met and knew nothing about” Fuentes before he arrived with West at his club.Former New Jersey Governor Chris Christie, who has been highly critical of Trump since he lost the 2020 election, said the meeting with Fuentes was “another example of an awful lack of judgment from Donald Trump, which, combined with his past poor judgments, make him an untenable general election candidate for the Republican Party in 2024.”.I joined The Times of Israel after many years covering US and Israeli politics for Hebrew news outletsYour support for our work by joining The Times of Israel Community helps ensure we can continue to do soThat’s why we started the Times of Israel ten years ago - to provide discerning readers like you with must-read coverage of Israel and the Jewish world

For as little as $6 a month you can help support our quality journalism while enjoying The Times of Israel AD-FREE, as well as accessing exclusive content available only to Times of Israel Community members

1 Black Panther 2, Plane, and every new movie you can watch at home - Polygon

3 Atmospheric rivers aren't just a problem for California. They're changing the Arctic, too - CNN

4 The virus threat is easing, but US hospitals are still as full as ever - CNN

6 Listening in silence to someone with depression might increase their social anxiety, study suggests - PsyPost