Who is Ibrahim Traore, the soldier behind Burkina Faso's latest coup? - Reuters

Who is Ibrahim Traore, the soldier behind Burkina Faso's latest coup? - Reuters 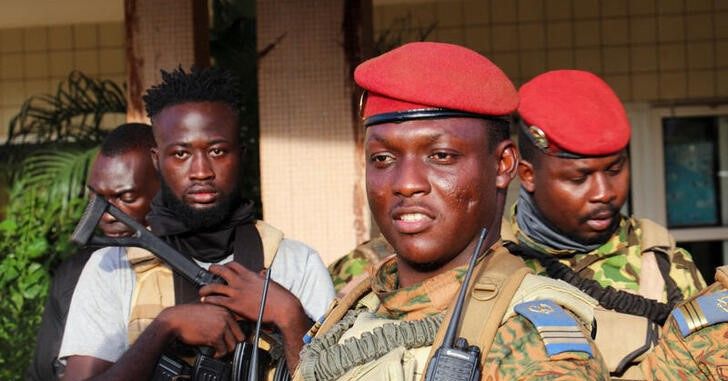 Burkina Faso's new military leader Ibrahim Traore is escorted by soldiers in Ouagadougou, Burkina Faso October 2, 2022.DAKAR, Oct 3 (Reuters) - As a heavily armed convoy drove through a cheering crowd in Burkina Faso's capital on Sunday morning, the boyish face of the country's latest military ruler, Captain Ibrahim Traore, emerged from the turret of an armoured personnel carrier.In an interview with Radio France International on Monday, Traore, a career soldier who has fought on the front lines against Islamist militants in the north, insisted he would not be in charge for long.

That leader, who could be civilian or military, will honour an agreement with West Africa's regional bloc and oversee a return to civilian rule by 2024, he said.

Their moves, which may include army reform and ties to new international partners such as Russia, could alter politics in West Africa and change how Burkina Faso fights an Islamist insurgency that has killed thousands and forced millions to flee."I salute and support Captain Ibrahim Traore," read a statement from Russian businessman Yevgeny Prigozhin, founder of private military company Wagner Group, which has operations across Africa, including in Burkina Faso's neighbour Mali.Ties with Russia would put a further strain on relations with former colonial power France, which has provided military support in recent years but has become the target of pro-Russian protests.Wagner's entry into Mali last year spelled the end to France's decade-long mission to contain Islamists linked to al Qaeda and Islamic State who have since spread into Burkina Faso.Burkina Faso's new leaders on Saturday stoked anti-French rioting when they said in a statement on television that France had sheltered Damiba at a military base and that he was planning a counter-offensive.

He downplayed the link between Damiba and France, and called an end to the protests.

3 Bankman-Fried says he will testify before U.S. House committee - Reuters

9 Putin is open to talks and diplomacy on Ukraine, Kremlin says - Reuters

2 U.S. can't seize moment as World Cup dream ends in round of 16

15 Russia-Ukraine war at a glance: what we know on day 284 of the invasion - The Guardian