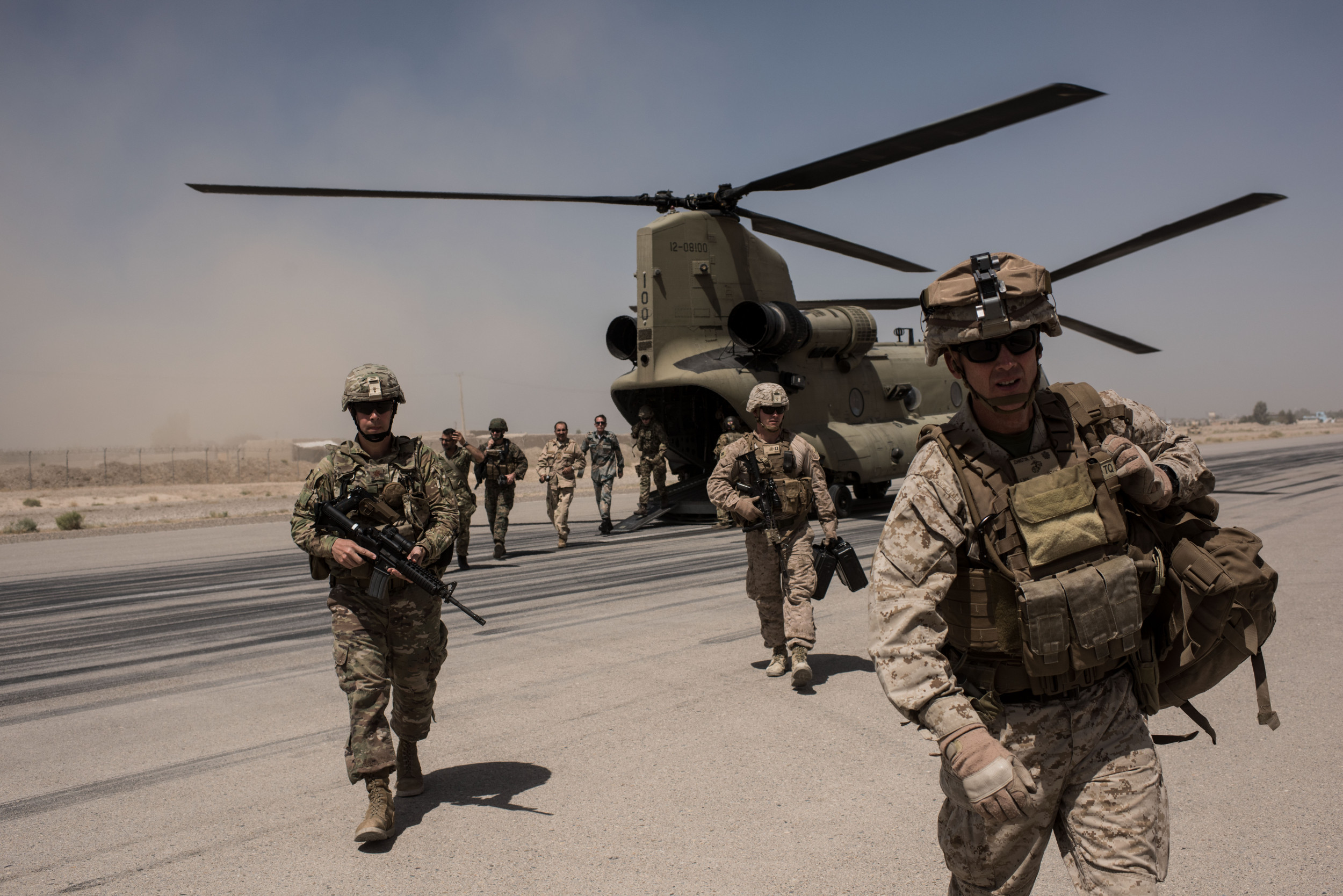 Apr 12, 2021 5 mins, 33 secs
A Congressional step toward revoking the 20-year-old consent to use military force in Iraq.

That's because there is something about the way the United States fights—about how it has learned to fight in Afghanistan and on other 21st-century battlefields—that facilitates endless war.

In Afghanistan, civilian contractors outnumber soldiers 7 to 1, and these non-soldier soldiers increasingly take on more and more direct military tasks.

The American way of war enables both troop withdrawals and continued fighting because over two decades of continuous warfare, new capabilities have emerged that fundamentally reorder the calculus on the ground.

But most important, The bulk of what sustains warfare in Afghanistan is located in the "safe" countries of the Middle East, even in Europe, and an increasingly larger proportion resides in the United States itself.

The consequence is not just that perpetual war increasingly takes place out of sight, but with fewer soldier deaths and injuries due to changed tactics and increasingly remote attacks, war also has become more and more irrelevant to American lives.

Some we know for sure: Afghanistan, Iraq, Syria, Pakistan, Somalia, Yemen.

In every country at the edge of this worldwide hub-and-spoke design where the actual bombing and killing takes place, the same Afghanistan math and model persists: There are acknowledged and unacknowledged forces; contractors mostly outnumber soldiers, operating clandestine and "low visibility" activities that substitute for the official and the acknowledged, and most of the lethal attacks come from outside the country.The hub and the spokes are meshed together into a literal network—terrestrial, over the internet and in space—a global sensing and communicating machine which connects everyone "forward" and ultimately back to dozens of bases in the United States.

These many thousands were spread out from local bases in Iraq and the Persian Gulf states to the military decision-making hub in Florida, to Georgia, where the listening and translating mostly occurred, to South Carolina, where the air effort was overseen, to dozens of other agencies and organization in the D.C.

The new American way of war means uniformed personnel, government civilians and private contractors leaving their homes throughout the United States to go to "war" in remote parts of the world, then returning home when their day of bombing and killing is over.

Other than small parts of Afghanistan, Iraq and Syria, there are no real armies left to fight on the ground (or at least no desire to fight them force-on-force).

Targeting is the centerpiece of American global operations, the same information machine shifting from country to country and group to group almost seamlessly.

war machine has developed, it isn't quite at the point where everyone is sitting at some remote keyboard, but the preponderance of those who "fight" this new kind of perpetual war are supporting a very small number of troops on the ground (or pilots in the air) who are actually in harm's way in places like Afghanistan or Iraq.

Externally, the dominant position of information over metal maximizes American advantages while minimizing the number of American lives at risk.

There is a double desire in the armed forces to avoid American deaths and injuries while also minimizing civilian casualties.

First, minimizing American deaths and injuries is a sound military objective and a political necessity.

Simply, the American way of war has become to make war as invisible as possible, not just because counterterrorism demands some special degree of secrecy, but also because operating in secret—at least secret from the American public—lets the government and the military continue without interference.

Neither Congress nor the public has particularly clamored for transparency or an audit, and the national security establishment assumes that the American public doesn't want to know, which is to say that it doesn't want to be bothered by war because it largely doesn't have a stake in what happens and nor is it prepared to sacrifice anyway.

forces in Iraq in 2011 when combat there was declared over as well, with a similar "withdrawal" of combat troops and with the Obama administration praising itself for ending "Bush's war." That is, before the Islamic State rampaged and the Iraq partners crumbled and the United States had to go back in 2014, bombing and killing in Syria and Iraq, where it still is engaged today, Afghanistan-style, increasingly remote and constantly struggling to minimize the number of troops involved and the level of American risk.

Still, in 20 years of fighting, there have been almost 11,000 American deaths (including contractors) and more than 53,000 American have been physically broken, while countless others suffer from traumatic brain injuries and other post-traumatic disorders.

It's 10 times the annual budget of the entire American public school system.

The Pentagon announced that the strikes were "at President Biden's direction" and the news media reported that it was the first use of military force by the new administration.

Second, the unilateral justification—the administration is now explicitly saying that the United States will take action when a country where some nefarious activity is taking place doesn't, either because it is unwilling to or unable to do so.

The United States isn't quite back to the Clinton administration's humanitarian interventions of the 1990s, where protecting human rights was the doctrine to justify the use of military force in places like Somalia or the former Yugoslavia.

But it also isn't the Congressionally approved, post-9/11 authorization to use military force against terrorism, against those responsible for the attacks.

President Biden wrote to Congress, in justifying the Syrian attacks, that he directed military action "consistent with" his responsibility "to protect United States citizens both at home and abroad and in furtherance of United States national security and foreign policy interests, pursuant to my constitutional authority to conduct United States foreign relations and as Commander in Chief and Chief Executive.".

With regard to Afghanistan, the Defense Department Special Inspector General has also repeatedly complained that data on strikes, on Afghan military readiness and on the state of the many terrorist groups operating in country—data that previously was made available—has also been classified and kept from the public.While that information has disappeared from the view of the American public, terrorist groups certainly know that the United States—even in the form of contractors who pretend to be locals—are there and attacking.

After 9/11, it seemed that the United States would pursue terrorists with every means possible and that the war would be ferocious, bloody and quick.

But the American military also has its own culture—technologically driven, risk averse, precise—that condemns us to our own endless assembly line of doing what we are doing forever.