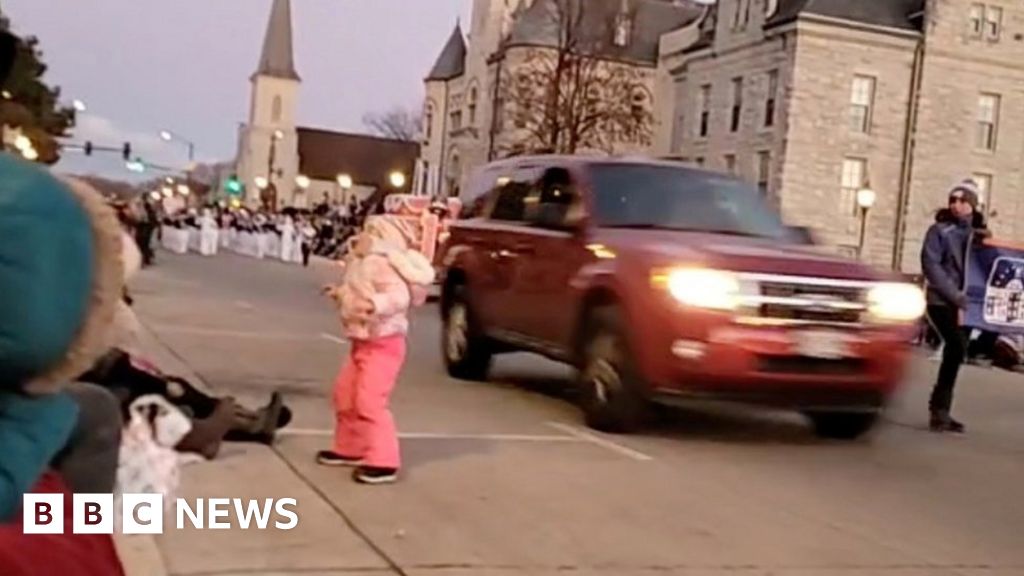 Nov 22, 2021 1 min, 52 secs
At least five people have been killed and more than 40 injured after a car ploughed into a Christmas parade in the US state of Wisconsin, police say.The suspect appeared to have been fleeing another scene - possibly a knife fight - when he ran into people at the parade, the law enforcement official, who is familiar with the early findings of the investigation, told the BBC's US partner CBS News.Local resident Angelito Tenorio told the Milwaukee Journal Sentinel newspaper he had just finished marching in the parade when the SUV "put the pedal to the metal and just [started] zooming full speed along the parade route" at about 16:40 (22:40 GMT) on Sunday.The parade in Waukesha - a community of about 72,000 located to the west of Milwaukee - is traditionally held every year on the Sunday before Thanksgiving, and includes fancy dress, floats, dancers and marching bands.

Police chief Dan Thompson told reporters that officers had fired at the car to try to stop it.

Mr Kellner found his son standing unharmed at the side of the road, but saw several injured people and pulled a bloody saxophone off the street.The Milwaukee Dancing Grannies said some of its members "were impacted and we are waiting for word on their conditions"."Please keep the Grannies, all those injured, and all those who witnessed this horrible event in your thoughts and prayers," the group wrote on its Facebook page.The Roman Catholic Archdiocese of Milwaukee said one of its priests, multiple parishioners and students at a local Catholic school were among the injured.Chief Thompson said officers had recovered a "suspect vehicle" and a person of interest was in custody, but gave no further details.

They said some people had transported themselves to local hospitals.