World's dominant strain of coronavirus 'is 10 TIMES more infectious than the one that jumped to humans in China' because it mutated so its vital spike protein doesn't snap as often in the body, scientists say - MSN Money 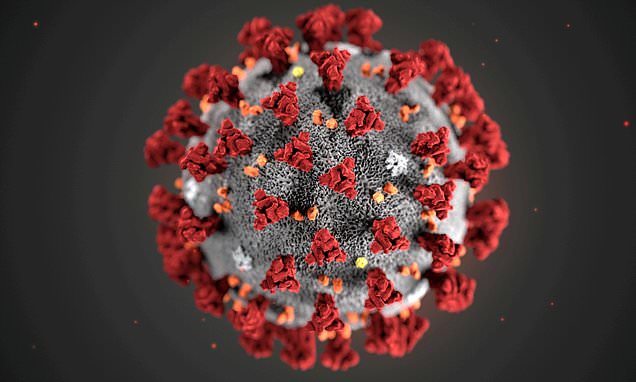 Researchers at The Scripps Research Institute in Florida say the 'spike protein' that the virus uses to attach to cells in the airways has adapted since January.

The mutated version of the virus, dubbed G614 - a change from D614 - is a tiny change in its genetic make-up that scientists weren't sure what to make of when they found it.

A mutated version of the virus appears to have developed stronger spikes so it is more likely to infect someone if they breathe it in, scientists say .

The way the virus enters the body is by using its spike to latch onto a receptor - called an ACE-2 receptor - inside someone's airways.

The spike was stronger, they said, and as a result the virus was better able to bash through the gateway of the ACE-2 receptors.

The mutation may then be taken forward in the stronger generations and become the dominant version of the virus.

Researchers in the UK and US had in May noted that the G614 version of the virus had become 'the dominant pandemic form in many countries'.

They said it was first found in Germany in February and had since become the most common form of the virus in patients worldwide - it appears to force out the older version whenever they clash. ?

However, the mutated version - G614 - started to appear soon after in Europe and North America in particular, before going on to take over as the dominant virus. .

'In most countries and states where the COVID-19 epidemic was initiated and where sequences were sampled prior to March 1, the D614 form was the dominant local form early in the epidemic.

'Wherever G614 entered a population, a rapid rise in its frequency followed, and in many cases G614 became the dominant local form in a matter of only a few weeks.'.

The newer strain named G614 (blue) appeared later on in the pandemic but, since then, has dominated the older, slower-spreading strain D614 (orange) in most areas of the world

Although the older D614 strain (orange) managed to remain dominant in Asia for most of the pandemic, it was quickly superseded by the mutated version in Western countries and Africa, which started recording outbreaks later on

They said the G614 mutation may give the virus a 'selective advantage' which makes it better able to bind to cells in the airways, or to shed viruses which it uses to reproduce and spread

It could do this because the D614G mutation appeared to affect the shape of the 'spike' protein that the virus uses to attach to a person's cells and infect them.

'In North America, infections were initiated and established across the continent by the original D614 form, but in early March, the G614 was introduced into both Canada and the USA, and by the end of March it had become the dominant form in both nations.'