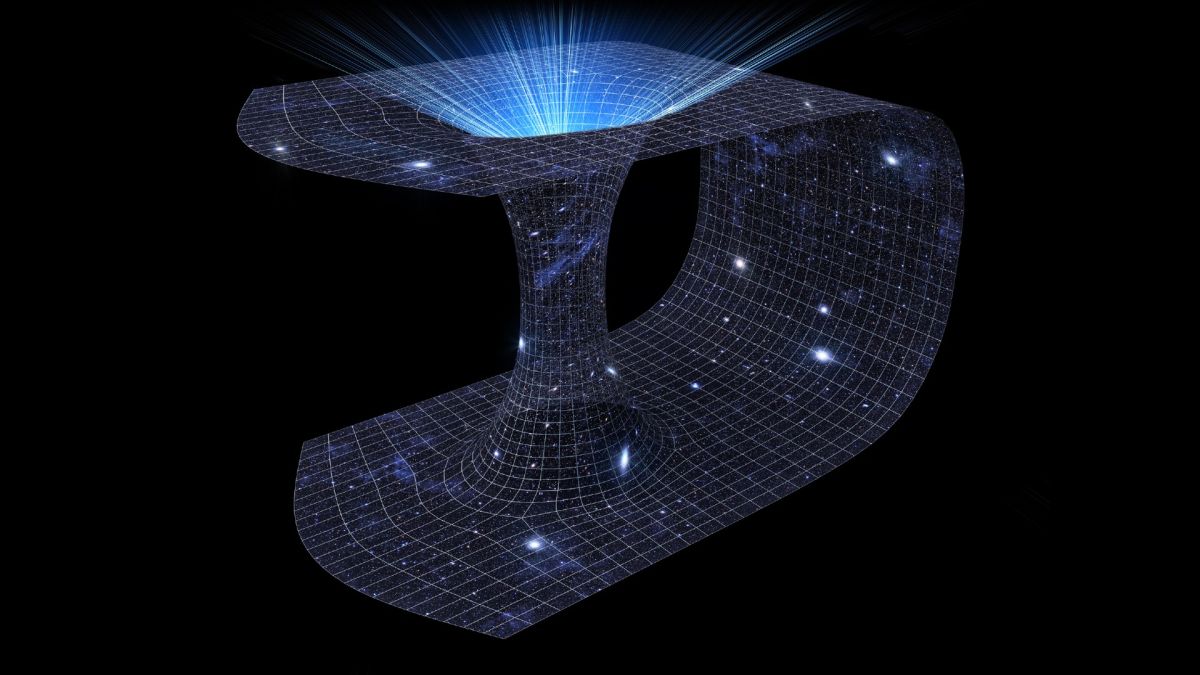 The breakthrough could suggest a way to study 'quantum gravity,' the missing link between quantum physics and Einstein's general relativity in the lab.Scientists have devised a quantum experiment that allows them to study the dynamics of wormholes, theoretical spacetime entities that first emerged from Albert Einstein's 1915 theory of gravity, or general relativity. .

This allowed them to investigate the physics of wormholes and their potential connection to so-called 'quantum gravity.' .

Co-author Samantha Davis, a graduate student at Caltech, said in the statement that it took "a really long time to arrive at the results," and that the team was surprised by the outcome that suggests that wormhole-like behavior can be explained from the perspective of both quantum physics and general relativity.Spiropulu, also the Shang-Yi Ch'en Professor of Physics at the California Institute of Technology, added that while this new model does not substitute for direct probes of quantum gravity, it does offer a powerful way to investigate ideas of quantum gravity in the lab. .Einstein's general relativity is the best description scientists have of the universe on truly massive scales, while quantum physics is the most accurate picture of the subatomic world.This is because there is no description of gravity on the scale of quantum physics, and gravity, meanwhile, is the primary concern of general relativity.

That makes the discovery of a 'quantum theory of gravity' a pressing concern for physicists and the key to a long-sought-after 'theory of everything' in physics.

In 2013, a connection was forged between wormholes and entanglement, the element of quantum physics that suggests two particles can be linked in such a way that changing one instantaneously changes the other no matter how far they are separated, even if they are located at opposite sides of the universe from one another. .Physicists Juan Maldacena and Leonard Susskind linked the two disparate worlds of general relativity and quantum physics when they theorized that wormholes were equivalent to entanglement in that both described a connection between distant areas of the universe?The concept of a traversable wormhole was analogous to another feature of quantum physics, quantum teleportation, which uses the principles of entanglement to transport information across vast distances by using optical fiber or through the air.This current research takes the potential connection between wormholes and quantum teleportation and explores it in greater detail as the Caltech-led team performs the first experiments that probe the idea that information traveling from one point in space to another can be described either using the language of gravity established by general relativity or by quantum entanglement  —  the language of quantum physics.This meant that the information had traveled from one quantum system and emerged from another via quantum teleportation in the language of quantum physics."The relationship between quantum entanglement, spacetime, and quantum gravity is one of the most important questions in fundamental physics and an active area of theoretical research," Spiropulu concluded

3 MIT neuroscientist: 4 things I never do to avoid 'brain fog and forgetfulness' - CNBC

4 CRIMESIGHT to end service on May 1 - Gematsu

6 Cosmic Breakthrough: Accurate New Map of All the Matter in the Universe Released - SciTechDaily