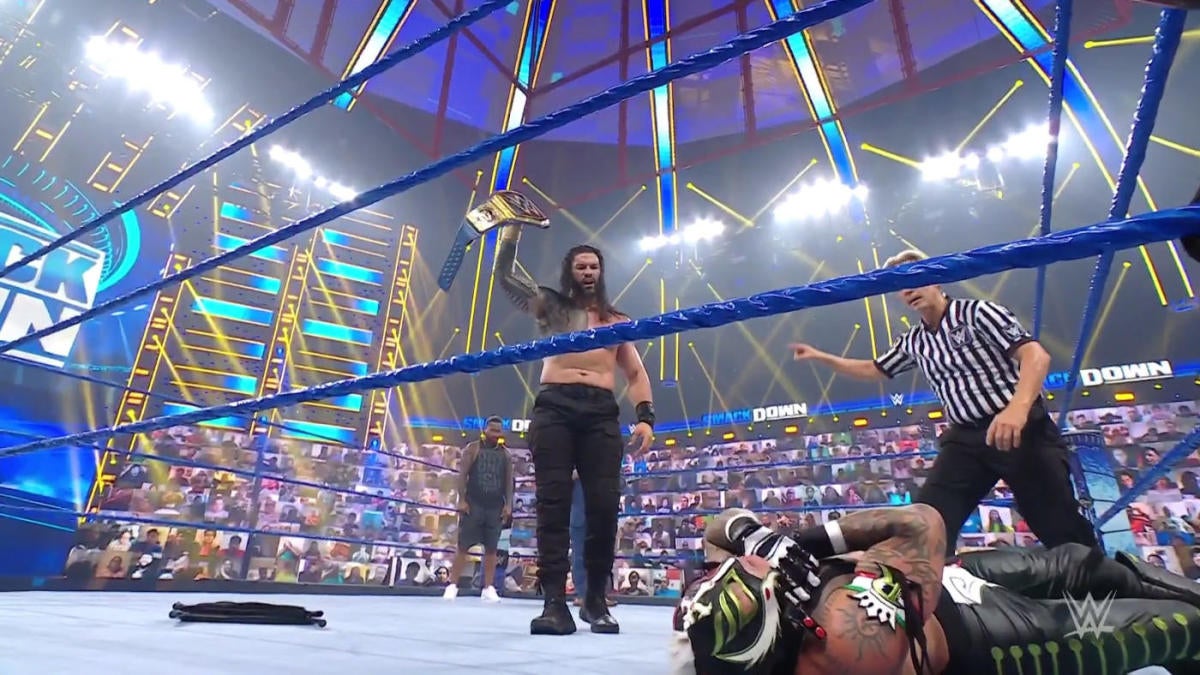 Jun 19, 2021 1 min, 9 secs
Friday's WWE SmackDown featured the first time a Hell in a Cell match aired on network television, with Roman Reigns defending his universal championship against Rey Mysterio.Rey Mysterio opened the show with a promo from inside the ring as the Cell was semi-lowered.

Mysterio cut a passionate promo stating he had warned his son Dominik of what could happen when you compete in the ring, but that what Roman Reigns had done in attacking Dominik was outside the boundaries of what happens in the business.

Mysterio demanded Reigns accept the match in person, rather than on Twitter as he had Thursday night.

Mysterio kept up his violent approach by wrapping a chair around Reigns' neck and running him into the Cell and the ring post.

Reigns countered a 619 with a big uppercut but went into the post on a missed spear, allowing Mysterio to hit a 619 before laying into Reigns with a chair.

Reigns countered a huricanrana by throwing Mysterio from the ring into the Cell wall.

Reigns locked in the choke one more time after the match, forcing Mysterio to tap out again to end the show