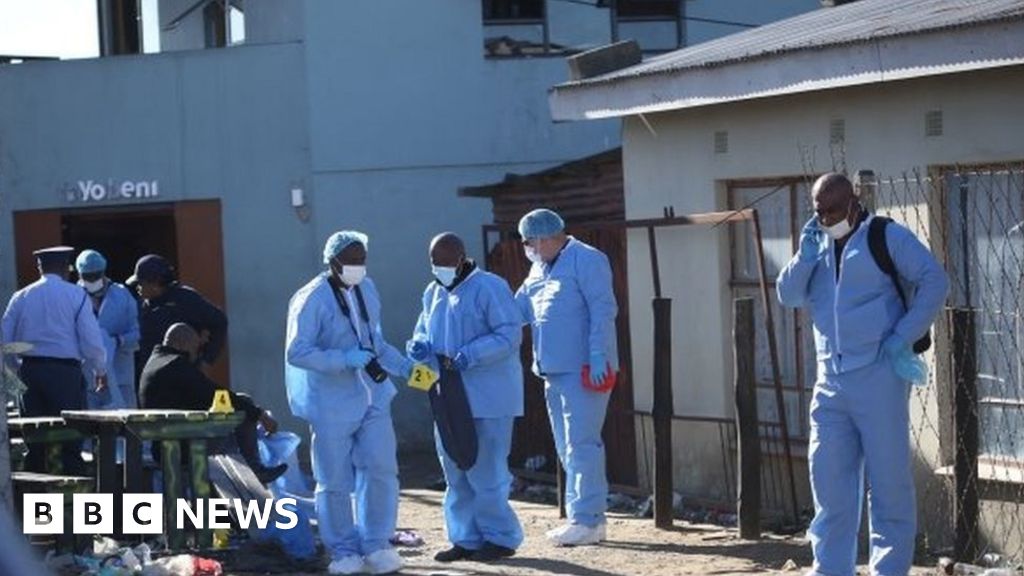 The youngest victim among the at least 21 people who died at a drinking place at the weekend was 13, police minister Bheki Cele has said.The cause of the deaths was not immediately clear and the authorities are investigating.Mr Cele, who had visited the scene and was briefed by the local police, said those who had died were between the ages of 13 and 17 - but a detailed list of the victims has not yet been produced.Speaking at the scene, he said: "You can't just trade in the middle of society like this and think that young people are not going to experiment.".Pictures provide evidence of Russian grain theft?Pictures provide evidence of Russian grain theft?

Chaotic scenes as Taser drawn at US abortion protest

VideoChaotic scenes as Taser drawn at US abortion protest