A 1930s eugenics experiment set the course for women's sizing

A 1930s eugenics experiment set the course for women's sizing 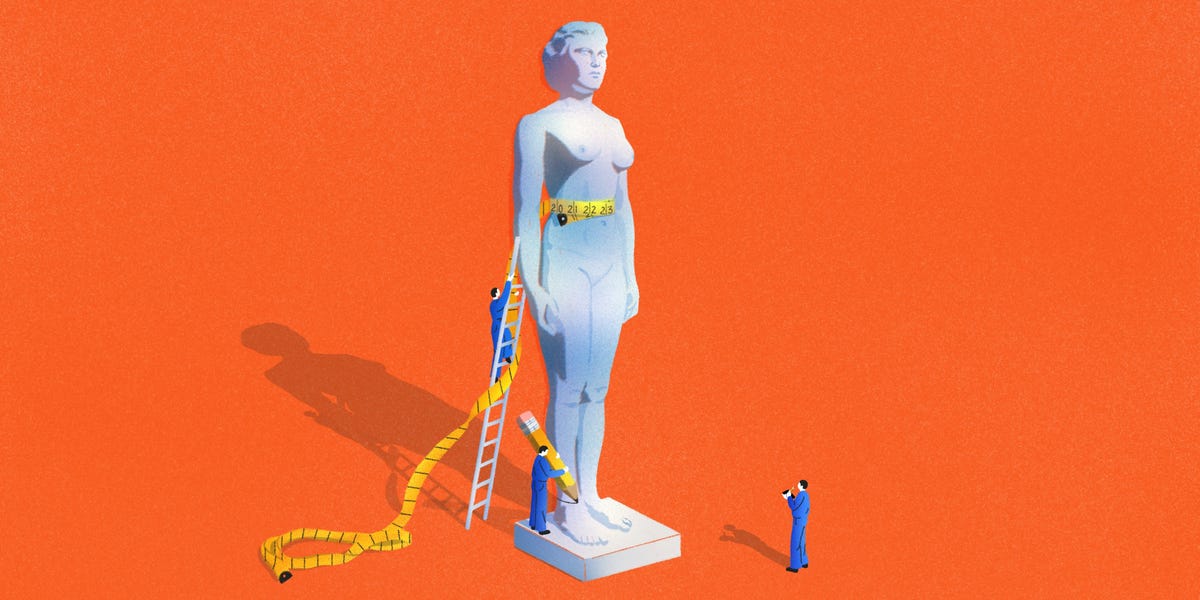 A 1930s eugenics experiment is the reason women's clothing sizes are incredibly frustrating, according to author Heather Radke, who wrote a book exploring the feelings women have with one particular body part — their butts. .In her book, "Butts, a Backstory," a book about our complicated relationship with our backsides, Radke revealed the history of eugenicists' obsession with "what a good body is" and how their methods influenced women's clothing sizes.During her reporting, Radke stumbled across the reason why clothes don't fit and where ideas about the "normal" American body originated: two statues created in the 1940s by gynecologist Robert Latou Dickinson and artist Abram Belskie — and a government employee's quest to create sizing for women.In an email to Insider, Radke said the discovery about women's clothing sizes was one of the biggest surprises to her when researching "Butts, a Backstory."."In the case of Norma, the minds that collated her measurements were enthusiastic eugenicists, motivated by a desire to effectively eradicate insufficiently white, disabled, and queer people," Radke writes in her book: "They were openly attempting to engineer a race of perfectly normal Americans, equating full citizenship with having this decisively average, yet demonstrably unattainable, body.While Radke couldn't confirm O'Brien's reasoning, in a November "Radiolab" interview about her book, she hypothesized that it could be O'Brien believed that by including non-white women's sizes, whatever clothes were then made wouldn't fit white women. ."Although the data [O'Brien] collected was used for women's sizes throughout the 20th century, her story shows us both how difficult it is to create a standard sizing system for women's clothes, and how ingrained racism and eugenics were in American life in the 1930s and '40s," Radke told Insider."She's the new Norma," Radke said in the interview, referring to a fit model named Natasha Wagner, a white, relatively thin woman, "whose butt is the butt that jeans companies use to make the jeans fit." According to Radke, Wagner's butt measurements are used by about eight clothing companies

"She's the only person they [clothes] fit unless you have her exact body and her exact measurements," Radke said

4 These Four PS Plus Essential Games Are Coming to PS5, PS4 Next Week - Push Square

9 New Map Shows All the Matter in the Universe - Gizmodo