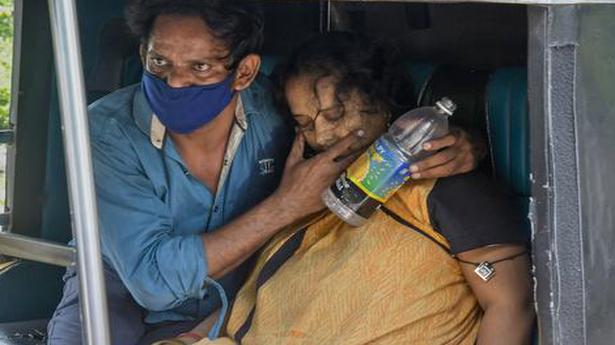 May 03, 2021 51 secs
While it is too early to state whether the new coronavirus variant discovered by CCMB (Centre for Cellular and Molecular Biology) N440K, is the variant that is creating havoc in Visakhapatnam and other parts of the State, experts say the new prevalent variant, which is being called as the AP strain as it was first discovered in Kurnool, is at least 15 times more virulent than the earlier ones, and may be even stronger than the Indian variants of B1.617 and B1.618.

But one thing is certain that the variant at present which is in circulation in Visakhapatnam is quite different from what we have seen during the first wave last year,” said District Collector V.

Sudhakar said, “We have observed that the new variant has shorter incubation period and the progress of the disease is much rapid.

It is also observed that cytokine storm is occurring faster, and some are responding to treatment and some are not,” said Dr.