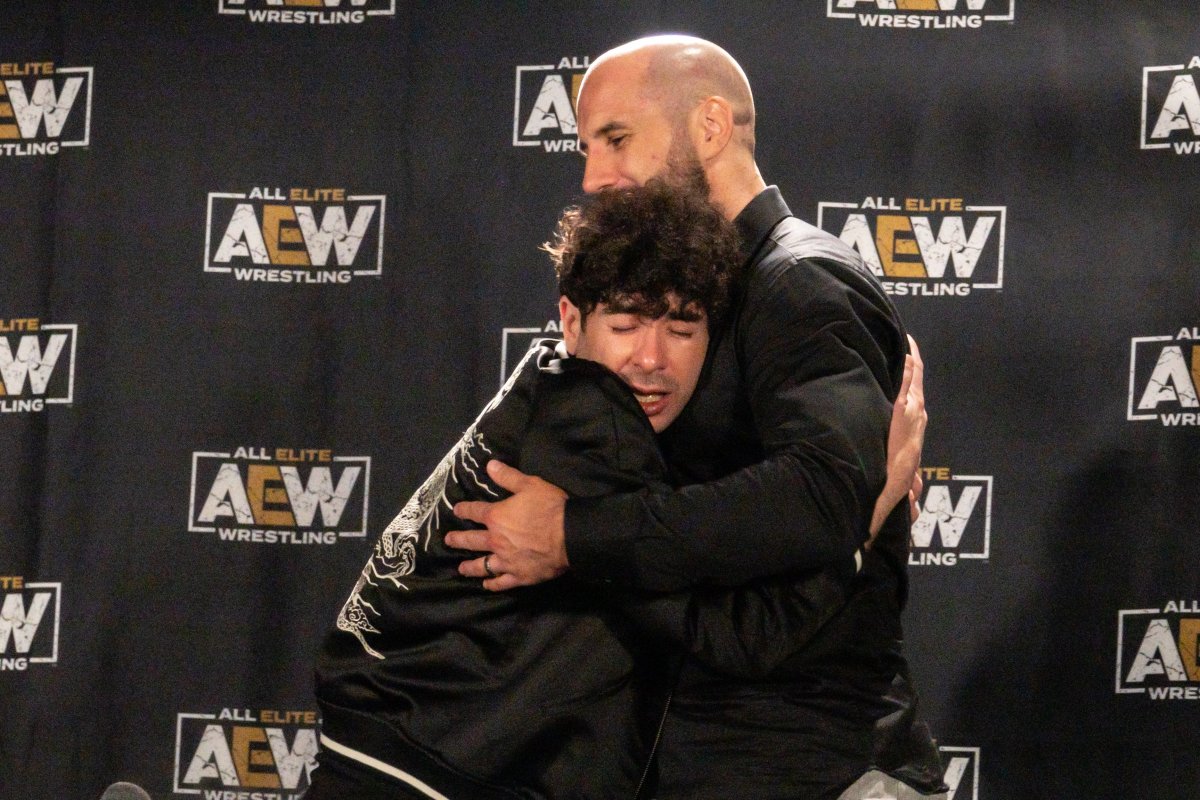 Tony Khan, Jay White, Jon Moxley, Kazuchika Okada, Claudio Castagnoli, Thunder Rosa, and FTR spoke to the media following AEW x NJPW Forbidden Door. .Khan spoke on the success of Forbidden Door, and said that anything over 100,000 worldwide pay-per-view buys he would consider a success, and that he felt confifdent based on streaming numbers that the show is on track to reach that mark.As to putting the show together, Khan said he was more proud of Forbidden Door than any show since Double or Nothing 2020 and praised NJPW as partners. .

We already had a lot of injured people, I had no idea we'd have even more on the run up to the show," said Khan.

Khan said he spoke to Danielson last weekend and Danielson said that he was not feeling 100 percent, and mentioned Castagnoli as a potential replacement.

Khan said he then told Danielson that he had Castagnoli under contract, and that Danielson was the first person he had told.

Khan said he made the call not to put Danielson on the show last weekend.

Okada appeared and spoke largely through translator Chris Charlton. .Okada said that the crowd in Chicago was great and he hopes that as restrictions on crowds ease in Japan that the same sort of atmosphere will return there. .Okada said jokingly that other than Tony Khan, that it's up to the audience to clamor for who they want to see him face in AEW. .Khan said that FTR have become better and more confident wrestlers since CM Punk arrived in AEWHarwood and Wheeler spoke about their singles match and said that other than one or two spots, any Bret Hart vsTony Khan, Jay White, Jon Moxley, Kazuchika Okada, Claudio Castagnoli, Thunder Rosa, and FTR spoke to the media following AEW x NJPW Forbidden Door

5 Yellen directs IRS not to use new funding to increase chances of audits of Americans making less than $400,000

9 'Gigantic jet' that shot into space may be the most powerful lightning bolt ever detected - Space.com